Five of the most haunted castles in Ireland

Now that we're in the month of October, it's only right that we get into the Halloween spirit (pun intended). From ancient legends and ghost stories to a bloody history that spans thousands of years, there are few places better to do just that than our own Emerald Isle.

Whether or not you're a believer in ghost stories, you've got to admit that some of these tales are particularly bone-chilling... 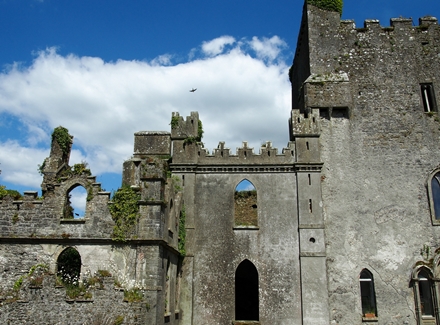 Known as one of the most haunted castles in Europe, Leap Castle has a bloody history dating all the way back to 1250. Originally owned by the O'Carrolls, it's most famous for the "Bloody Chapel," where three cartloads of skeletal human remains and a mysterious pocket watch were found in an old dungeon in 1922.

One of the many ghosts who haunt the castle is known as The Red Lady, who walks the castle at night holding a sharp blade. Supposedly, she is the spirit of a woman whose child was stolen from her, and is eternally seeking her revenge... 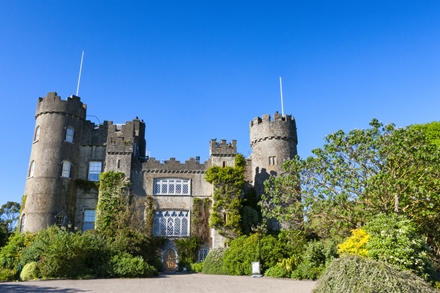 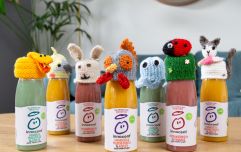 The innocent Big Knit is back, here's how you can get involved and raise funds for a great cause

END_OF_DOCUMENT_TOKEN_TO_BE_REPLACED

Although it's a popular spot for dog walkers and picnics during the day, Malahide Castle has a long and dark past. Built in 1185, there are said to be at least five ghosts known to haunt the castle grounds.

Perhaps the most terrifying of all is the spirit of Miles Corbett, who was granted ownership of the castle by Oliver Cromwell (yeah, that fella). After being sentenced to be executed for burning the castle's chapel, people have reported seeing Corbett appear in front of their eyes before suddenly falling into four whole pieces on the floor. 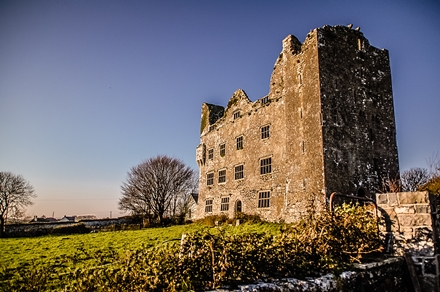 Resting in a beautiful part of Co. Clare is Leamaneh Castle, said to be home of a spirit known as Red Mary. Legend has it that she was once a woman who married over 20 men who all died in mysterious circumstances.

The locals decided the only way to end her reign of terror was to seal her alive into the bark of a tree. It looks like it didn't work though, as many people are said to hear her laughing as they make their way through the grounds... 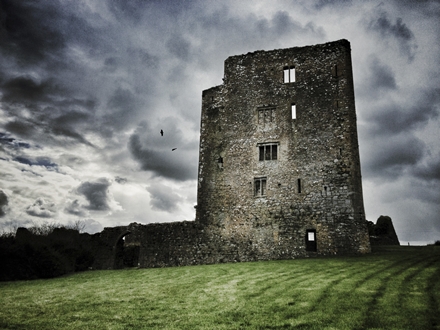 Situated near the village of Carrigeen, the mortar used to build Grannagh Castle was said to be mixed with blood. Legend has it that there was a secret tunnel built beneath the castle, and that was where Margaret Ormonde, or the "Countess of Granny," would torture her prisoners.

In an attempt to entertain his cruel mistress, the countess's jester once fashioned a rope with several nooses. When the rope was put to use by cruelly hanging several local peasants, she enjoyed its effectiveness so much that she added the "Butler Knot" to the family crest. 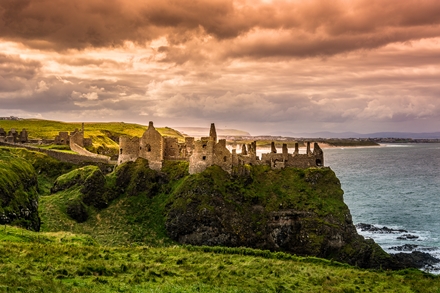 While you might recognise the castle as Pyke from Game of Thrones, the real story behind Dunluce is worth its own TV show. It was raided and attacked by countless bandits and mercenaries over the years, and is said to be the home of the spirit of a tortured English captain.

After a failed attempt to take over the castle, the captain was sentenced to death by hanging. Several centuries later, his spirit has been seen roaming the very same tower where his life was ended.

As you make your way to all of Ireland's most haunted castles, remember to keep yourself refreshed with a delicious Fanta. For those looking for the scariest places to go this Halloween, Fanta is a proud sponsor of The Nightmare Realm. Be sure to check out Fanta's exclusive Virtual Reality Experience as well! Terms & conditions apply. 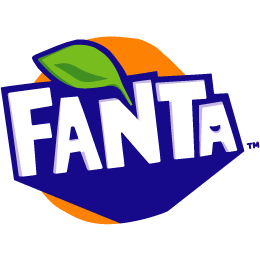 The Big Reviewski || JOE · The Big Reviewski with Y: The Last Man, that Malignant ending & a secret streaming service
popular
Cork City Centre described as a "no go area" after man pulled from wheelchair in violent attack
WATCH: Margaret Thatcher was briefly resurrected at the Emmy Awards
The US travel ban looks set to be lifted for vaccinated EU passengers
The first ever foldable hotel room has been launched in Ireland
The Big Reviewski JOE Movie Quiz: Week 120
"Vile" and "homophobic" protest outside Leo Varadkar's home condemned by TDs
The JOE Friday Pub Quiz: Week 261
You may also like
2 days ago
The Ultimate Dwayne "The Rock" Johnson Quiz
3 days ago
Gunpowder Milkshake has the makings of a perfect Friday night movie
5 days ago
COMPETITION: WIN €500 to spend on food and drink in your local bar
1 week ago
One of the best hidden gem dramas of the last few years is available to stream at home this weekend
1 week ago
If you've finished school and you're not sure what to do next, this could be a big help
1 week ago
6 exciting places to stop off in Clare on your next Wild Atlantic Way road trip
Next Page