It's confirmed! We're getting a 6th series of Love/Hate

RTÉ have confirmed that there will be a sixth series of Love/Hate, but that it will not appear in 2015.

The fifth series of the show ended last Sunday night with the deaths of two major characters, and writer Stuart Carolan will now start to develop yet another run of the Dublin gangster drama.

Over one million people tuned in to last week's dramatic climax. 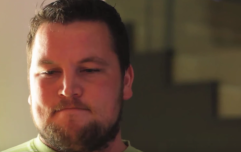 There is some bad news for Love/Hate fans, the show is never coming back

END_OF_DOCUMENT_TOKEN_TO_BE_REPLACED

RTÉ Television’s Head of Drama said: "RTÉ can confirm that Love/Hate will not return to screens in 2015. A sixth series is currently in development with the writer and creator Stuart Carolan and Octagon Films."

Jane Gogan added: "It's just a week since the series finale aired and RTÉ, the producers and Stuart feel it's important to take time and reflect before going to production with  a sixth season."

The national broadcaster now wants "to ensure the writing, preparation and production of a subsequent series mirrors the high standards Love/Hate viewers have come to expect over the past five seasons."

House of Rugby Ireland · Quinn Roux on finding a home in Ireland and Mike McCarthy brings the absolute HEAT!
popular
The 50 most iconic songs of all time* have been revealed
QUIZ: Name all the countries of the EU that contain 2 vowels or less
Man arrested and charged for breaching Covid regulations in Kildare
This hidden Back to the Future 'mistake' has a subtly brilliant explanation
Warner Bros. plan new Harry Potter movie and they want Daniel Radcliffe to star in it (Report)
QUIZ: Can you name all the teams in the NBA from their locations?
Michael Jackson fans are convinced he's still alive after spotting him in daughter's selfie
You may also like
3 days ago
Irish crime thriller Broken Law has just been added to Netflix
2 months ago
Aidan Gillen to star in new Dublin-based crime series
7 months ago
Dublin drama The Liberties looks like a cross between Peaky Blinders and Gangs of New York
8 months ago
How a first-timer reacts to the best episode of Love/Hate
9 months ago
QUIZ: Can you name all of these characters from Love/Hate?
9 months ago
Love/Hate box set among content added to RTÉ Player
Next Page