Jordanne Jones has never been one to stick to the status quo.

Last year she was out knocking on doors, asking people to vote in favour of repealing the Eighth Amendment and legalising abortion in Ireland. 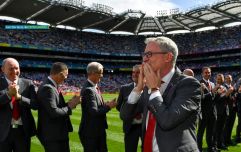 END_OF_DOCUMENT_TOKEN_TO_BE_REPLACED

Alongside her mother Lynn Ruane, she spoke at rallies in favour of changing the Irish constitution. She was just 17 years of age so she couldn't lend her vote, but she could lend her voice and be at the forefront of those seeking change for women in Ireland.

But even from a young age, she'd established herself as a voice who wouldn't let inequality and sexism go unchecked, even if it meant causing a scene during her Confirmation.

Speaking to Dion Fanning on Ireland Unfiltered, Jones outlined how, on her Confirmation day, the priest gave a speech about how the boys would all grow up to be footballers and the girls would marry them.

"I just remember when he said it and I was like 'Did... did no one… did no one catch that?'" Jones said. 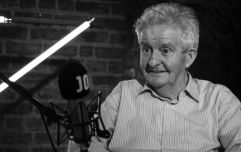 END_OF_DOCUMENT_TOKEN_TO_BE_REPLACED

Her look of disbelief was greeted by a look of warning from her teachers, who, knowing her propensity to speak her mind, had recognised the warning signs from the strong-willed young woman.

"I don’t particularly know if I knew [what the priest said] was sexist, I probably didn’t even know the word," Jones said.

"But something didn’t sit right with me because I also had another aspiration and that was to be an archaeologist.  And my mam bought me archaeology books all the time, for Christmas, for my birthdays. I had, you know, the little tools like the brush and I was obsessed with dinosaurs, bones, and history.

"No, I didn’t stand up and say this. I was just thinking to myself 'You’re telling me that the highlight of my life, like what I aspire to be, is a wife? Like, to marry a footballer? I want to be an archaeologist. I’ve read these books. I’ve put work into it. You know, no.' 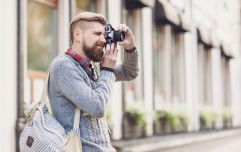 Our guide to taking great photographs that don't need a filter

END_OF_DOCUMENT_TOKEN_TO_BE_REPLACED

"So I stood up and I said, 'I want to be an archaeologist', and I remember my teacher took me out into the porch and she was like 'You can’t be doing this' and there was a gay, flamboyant boy in my class called Aiden, he’s great, and he was like 'Yeah and I want to be a singer'.

popular
Body of a man discovered in the water off the coast of Donegal
QUIZ: You'll do well to get 100% in this General Knowledge Quiz
QUIZ: How well do you really know Irish weather?
25 years ago, Sylvester Stallone delivered his best performance in a hard-hitting crime drama
The new Garda uniform has finally hit the streets
Body of woman in her 70s found in unexplained circumstances in Kerry
The JOE Friday Pub Quiz: Week 307
You may also like
2 years ago
Jack Whitehall on dealing with the "posh guilt" that came with his upbringing
2 years ago
COMPETITION: Win four tickets to Republic of Ireland v Denmark
2 years ago
Joe Brolly: "The DUP is about narrow self-interest"
2 years ago
'I was told Joanne Cantwell had lost confidence in my abilities as an analyst'
2 years ago
There will be no price to pay for loyalty of the EU, according to Paschal Donohoe
2 years ago
Lisa Chambers: Mood towards Fianna Fáil has changed “completely” since 2011
Next Page