Pic: Was this the most dangerous slide in the world?

The slide itself looks okay to us. It is the fact that at the end of the slide is a 40 foot drop onto concrete that is slightly worrying.

Located in eastern China, the slide is on top of a three-storey building where the toys are manufactured. Of course it isn’t for public consumption, but local parents are concerned that curious and thrill-seeking youngsters will want to give it a go.

Factory managers say the slide is meant to advertise the company's wares, and is not intended to be used by anyone and following the local outcry, they agreed to take the object away. How noble of them. 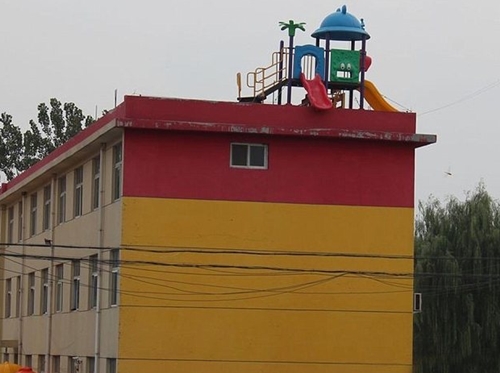 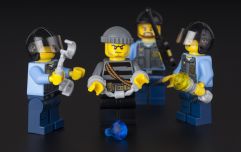 END_OF_DOCUMENT_TOKEN_TO_BE_REPLACED

What could possibly go wrong? “We can understand people's fears so we will be removing the slide,” a spokesman told The Daily Mail.

The company might say they are laying the foundations for a better placed slide, but at least they came to their senses to remove it before anyone was seriously injured.

Grass is one thing, a concrete a different ball game altogether.

The Big Reviewski || JOE · Colm Meaney & his Pixie co-stars on deadly gangster priests, Irish accents & pickled onion crisps
popular
Weather advisory issued for all of Ireland, with snow on the cards
Information revealed about Black Panther sequel
Here’s how you can get 20 bets for €2* for the next EuroMillions jackpot
EA Sports respond to 'baseless' lawsuit over alleged scripting in FIFA 21
The JOE Movie Quiz: Week 80
QUIZ: Can you guess these European countries from their outlines?
Record Christmas bonuses worth €390 million to be paid to 1.6 million recipients next week
You may also like
3 months ago
Donald Trump signs executive order banning TikTok from the United States
8 months ago
China reports no new domestic cases of Covid-19 for the first time since outbreak
9 months ago
Coronavirus cases in mainland China fall to lowest number since January
9 months ago
Chinese scientists report spread of coronavirus to humans likely linked to one specific animal species
9 months ago
Department of Health advises Irish citizens to leave China
9 months ago
First death from coronavirus outside of China confirmed
Next Page