And we thought VR would only ever be used for good...

The utterly sadistic team at The Nightmare Realm promise to push you well outside your comfort zone through their mastery of the dark arts of fear. If you think you're brave enough to make it through the Nightmare Realm without screaming like a baby, it's their job to prove you wrong. 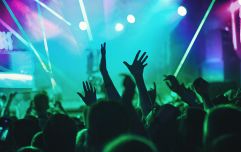 END_OF_DOCUMENT_TOKEN_TO_BE_REPLACED

And more often than not, if you stroll through Molly's Murder House, The Witches Hovel, and Smilers Abattoir, they will prove you wrong.

The Nightmare Realm has been scaring the Bejaysus out of absolutely everyone who walks in, and now the Fanta VR room adds further to the experience. I could barely do the rest of The Nightmare Realm afterwards! As well as being restrained to a chair with the VR headset on, there are people there who will reach out to physically grab your arm at random points.

There will likely be a lot of people making frantic calls to their mammies... 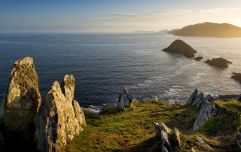 END_OF_DOCUMENT_TOKEN_TO_BE_REPLACED

Our own Justine Stafford went to see the VR room for herself, and she said it was "All a little too real for my liking. I could barely do the rest of The Nightmare Realm afterwards!"

"Think of the least scary thing you can possibly imagine. Yeah, the VR Room is the exact opposite of that," she said.

If hearing about the terrifying VR Room only makes you want to go even more, The Nightmare Realm will be open in the RDS until Friday, 2 November. If it stays any longer than that, half the country will be forever emotionally scarred. 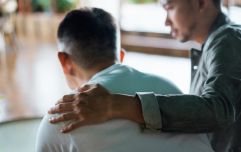 END_OF_DOCUMENT_TOKEN_TO_BE_REPLACED

Do you enjoy being scared to your very core? You could also go for a Halloween trip to some of Ireland's most haunted castles...

Fanta is a proud sponsor of The Nightmare Realm. It's thirsty work being chased around by zombies and whatnot, so be sure to pick up a bottle of Fanta. The limited-edition Halloween packs now come with exclusive Snapchat filters as well!

popular
Netflix has just added an incredibly tense 97-minute thriller
A great underseen action thriller is among the movies on TV tonight
The JOE Friday Pub Quiz: Week 307
Prime Video has just added 25 very big movies to its library
Anne Heche dies one week after car crash, aged 53
An exciting Irish crime thriller is among the movies on TV tonight
Thunderstorms and heavy rain to end Ireland's current heatwave
You may also like
2 days ago
COMPETITION: Want to WIN a €1,500 holiday? Share your homemade burger snaps to WIN
3 days ago
5 must-watch shows and movies streaming on NOW in August
2 weeks ago
The Resort is the new must-watch for fans of big murder mysteries
2 weeks ago
COMPETITION: WIN a €700 voucher for Big Style Watersports in Mayo
2 weeks ago
COMPETITION: WIN an overnight stay in Belfast and two V.I.P attraction tickets
2 weeks ago
COMPETITION: Share your best homemade burger to WIN a €1,500 holiday voucher
Next Page