While we're not exactly afraid of spiders, we don't need them as a house guest.

We've all come across the little tiny arachnids that invade our home and, the majority of the time, they are easily ushered outside using the dustpan and brush (it's bad luck to kill them, after all). 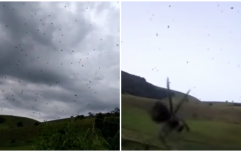 WATCH: Prepare to be terrified because it's actually raining spiders

END_OF_DOCUMENT_TOKEN_TO_BE_REPLACED

When monstrosities of spiders appear in Wexford and Dublin like this, appropriate action needs to be taken.

Scientists in America have discovered that by mixing peppermint and water together, it will encourage your eight-legged friends to stay as far away from your house as possible.

If your house is a welcoming spot for those unwanted pests, they suggest that mixing the two substances will force spiders in the opposite directions.

You are advised to vacuum and dust your home of any existing webs from previous spiders before applying the mix. 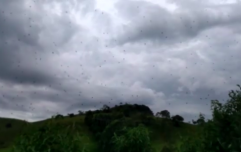 WATCH: Nightmare comes to life as spiders appear to fall from the sky

END_OF_DOCUMENT_TOKEN_TO_BE_REPLACED

The two-part solution is made by adding 20 drops of peppermint oil to a spray bottle of water which makes it easy to cover your house.

While spraying this all around the house, it is advised to cover any small corners of the house where they have been known to pop out from.

This spray prevents the bugs from being harmed and instead encourages the spiders to relocate to the less congested and smelly location of the garden.

You’ll have to apply spider-repellent spray more often than conventional insecticides. Try applying once a week at first and if the spiders reappear before the week is up, try spraying every few days. 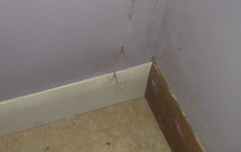 VIDEO: This man has an ingenious method of getting rid of spiders

END_OF_DOCUMENT_TOKEN_TO_BE_REPLACED

If you want to double up your chances of keeping the whole vicinity of your house spider-free, having peppermint plants around the outskirts of your house will make sure that the area is a no go.

Avoid spraying your whole house at once with the mixture. Keep your windows open for fresh air as inhaling large doses of peppermint oil can result in side effects such as nausea, confusion and muscle weakness.

popular
5 years ago, Hollywood took a massive gamble on a huge sequel... and lost big time
Netflix has just added 12 very big movies to their library
One of the most underrated crime thrillers of recent years is among the movies on TV tonight
Tom Hardy set to play Hannibal Lecter-type serial killer in new series
Netflix backtracks on anti-password sharing measures following user outcry
Guy Ritchie's new war movie looks like it'll be a very emotional watch
The 50 most iconic songs of all time* have been revealed
You may also like
1 year ago
National Poisons Information Centre issues warning over false widow spiders
3 years ago
Woman in Waterford hospitalised for 6 days following spider bite
4 years ago
You might be seeing more spiders in your home over the next few weeks and here's why
4 years ago
Car dealer in Cavan opens bonnet of newly-delivered car to find massive spider inside
7 years ago
PIC: This Kerryman has found an eight-legged freak living in his house
7 years ago
VIDEO: A giant army of spiders infested a barn and it's completely terrifying
Next Page