A look at the latest stats from the Dublin Rape Crisis Centre (DRCC) regarding male rape and sexual abuse in Ireland.

The recently released Dublin Rape Crisis Centre’s Annual Report for 2012 laid out the facts of rape and sexual abuse in Ireland. The figures are astonishing and disturbing.

Over 9,000 genuine contacts were made with the National 24-Hour Helpline in 2012, over 25 a day, and almost half of those were making their first ever contact with the service. 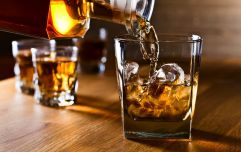 END_OF_DOCUMENT_TOKEN_TO_BE_REPLACED

Men made up over 17 per cent of those who contacted the Helpline in 2012, highlighting just how big sexual abuse and rape issues are for Irish men.

According to research undertaken over a decade ago on behalf of the Dublin Rape Crisis Centre, over a quarter of Irish men (28%) reported some form of sexual abuse or assault in their lifetime (SAVI Report 2002). Rape was experienced by 3% of Irish men and one in 10 Irish men have experienced sexual assault in adulthood.

2009 research shows that only one per cent of men report rape or sexual assault to the Gardai, emphasising the culture of silence that exists around the subject for Irish males ("Different Systems - Similar Outcomes" EU DAPHNE II Research 2009).

The same research showed that nearly half of the male victims of rape or sexual assault never told anyone, but the volume of calls to the National 24-Hour Helpline from men suggests that it may be finally changing and men are becoming more willing to speak up.

The reasons for men’s reluctance to speak up and report their experiences are similar to women’s (shame, fear of not being believed, lack of faith in the criminal justice system and fear of ridicule) but women’s rates of reporting to the Gardai, while still too low, are way ahead of men’s.

If you have been the victim of rape or sexual assault, as an adult or as a child, you should try to speak to somebody about it and the Rape Crisis Centre is there if you do feel the need to talk.

The DRCC is currently running a National Awareness Raising Campaign with the support of funding from Cosc (The National Office for the Prevention of Domestic, Sexual and Gender Based Violence) displaying the National 24-Hour Helpline number 1800 77 88 88 as well as the helpline numbers for the 15 other Rape Crisis Centres.

The National 24-Hour Helpline can be reached at 1800 77 88 88 or you can check out the DRCC’s website here.  For information on your local Rape Crisis Centre please click on the following link.

The Big Reviewski || JOE · The Big Reviewski with Dune, a mini-Hangover reunion & the best of Timothée Chalamet
popular
CONFIRMED: Nightclubs to open at 100% capacity, 11.30pm curfew has been removed
Two Gardaí assaulted during protest in Dublin City Centre
QUIZ: Can you name all the countries beginning with L?
HBO announces a new Sopranos series is in the works... kind of
How to lower your cholesterol - 5 really handy tips
The cast of Succession on shooting the next season in Ireland
Here's the lineup for this week's Late Late Show
You may also like
3 years ago
An STI 'superbug' is on the horizon and here's what you need to know
4 years ago
Three important things every man should know by the time they turn 30
5 years ago
How to chat up a girl (without being creepy)
7 years ago
PG Tips: Paul Galvin answers all of your fashion conundrums
7 years ago
Submit your confidential travel medicine questions right here to Lloyds Online Doctor
7 years ago
Submit your confidential weight loss questions right here to Lloyds Online Doctor
Next Page