"There is a real fear for personal safety here."

In a survey carried out by AA Car Insurance, nearly four out of every five motorists that were asked about rickshaws across cities in Ireland felt that they needed to be further regulated.

Of the 5,000 motorists surveyed, over half said that they 'strongly agree' with the notion of having stronger legislation for rickshaws in Ireland.

In addition to this, 28.16% said that they somewhat agree with the statement.

“The results are quite clear. There is a real fear for personal safety here, not just for the rickshaw driver and passengers, but also for the other road users who are put at risk by unregulated practices,” Conor Faughnan, AA Director of Consumer Affairs stated.

“The National Transport Association are currently looking into the use of these vehicles in Ireland and the message from our findings is that there is clear support for stricter legislation on the matter.”

The survey found that 60% of motorists think the rickshaws present too much of a danger to other road users and over 16% felt that they should be banned from Irish roads entirely, agreeing with Fianna Fáil councillor Daithi Di Roiste's statement from 2016 where he said that rickshaws on the streets of Dublin represent "a public safety danger." 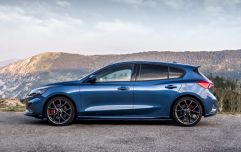 END_OF_DOCUMENT_TOKEN_TO_BE_REPLACED

While the majority of the study saw negative comments put towards the way of rickshaws, just over 40% of those surveyed felt that they are actually a valuable asset when it comes to making it easier for tourists to explore cities across Ireland.

“The key takeaway from this is that while people have concerns about the road safety risk by rickshaws, the majority of motorists also recognise the potential for rickshaws to be a useful asset,” said Faughnan.

“These vehicles offer tourists visiting Ireland a unique way of exploring our cities and taking in the scenery that Ireland has to offer. However, ultimately it is in the best interest of motorists, cyclists, pedestrians and even rickshaw users themselves that we have strong legislation around the use of these vehicles on our roads," he concluded.


popular
Met Éireann predicting snow this weekend and well into next week
The JOE Friday Pub Quiz: Week 179
HBO reveal the first official details of the Friends reunion episode
Here are all the best new titles coming to Netflix in March
A very necessary tribute to Denzel Washington and an underrated masterpiece, Man On Fire
Disney are offering you a dream job based in Dublin
QUIZ: How well do you remember these classic PS2 games?
You may also like
2 days ago
A preferred route has been chosen for the new Cork to Limerick motorway
1 week ago
Multiple roads all over Ireland affected as snow falls throughout the country
3 weeks ago
Gardaí unveil two new speed detection devices amid speeding crackdown over the next month
1 month ago
Trampolines and fallen trees affecting traffic all over Ireland due to Storm Brendan
1 month ago
Sale of new petrol and diesel cars set to be banned in Ireland after 2030
2 months ago
Irish car insurance premiums up 42% despite claims falling by 40% over last 10 years
Next Page