The Alternative will premiere in Ireland later this year.

What if Ireland was still part of the United Kingdom? What if Home Rule had passed? What if there was no War of Independence? No Civil War? No partition? What if the island had only one soccer team?

The world would be a very different place, and you'll be able to get a glimpse at it in this new play that is coming to stages in Ireland later this year.

The Alternative will look at an Ireland on the eve of the Referendum. British Prime Minister Ursula Lysaght is returning to her hometown of Dublin to convince voters to Remain. With the threat of chaos in the streets, and personal conflict behind the scenes, the final debate is set to begin at BBC Dublin: Should Ireland leave the UK?

The play was created as part of the A Play For Ireland initiative, run by Fishamble.

This was an initiative made where ideas were invited from across Ireland at the start of a two-year process, which encouraged the citizens of Ireland, and non-Irish citizens living on the island of Ireland, to write plays, engaging people aged 18+, from all communities, throughout the country, that summed up the state of the nation.

The Alternative will premiere in the Dublin Theatre Festival as part of its nationwide tour in association with Draíocht, Everyman, Lime Tree Theatre & Belltable, Lyric Theatre, Pavilion Theatre, Town Hall Theatre in September and October 2019. 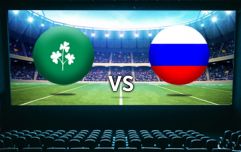 END_OF_DOCUMENT_TOKEN_TO_BE_REPLACED

Jim Culleton, Artistic Director of Fishamble, spoke about how excited he was about the play: "It has been a hugely rewarding experience for Fishamble over the past year-and-a-half to work with playwrights on the development of new plays as part of our Play for Ireland artist development initiative.

"It has been a pleasure working with the artists involved, and the six partner venues throughout the country. It has been such a difficult task to choose just one play to produce on national tour later this year, but we are delighted to have chosen The Alternative by Michael Patrick and Oisín Kearney.

"This play is such an inventive and ambitious response to the brief, and we feel it will be a hugely engaging, thought-provoking and entertaining experience for our audiences."

More information about the whole thing can be found here.


popular
QUIZ: How well do you remember these classic PS2 games?
Baby Yoda toys are finally going to hit the shelf
Donald Trump takes aim at Parasite's Oscar win because the movie is from South Korea
Here are all the best new titles coming to Netflix in March
New weather warning issued for three counties
Mary Lou McDonald wins most votes, but no Taoiseach elected after first sitting of 33rd Dáil
Laura Whitmore hits out at paparazzi photographing her following Caroline Flack's death
You may also like
4 days ago
Ciara and Dennis have left, but this week's weather is still pretty bad
2 weeks ago
The most romantic people in Ireland are from Athlone, Waterford, and Tralee
2 weeks ago
Massive drop in import of cars from UK to Ireland due to new emissions levy
2 weeks ago
Department of Health advises Irish citizens to leave China
2 weeks ago
Rent prices fall for this first time in seven years, but it is still mostly bad news
3 weeks ago
Faulty lifts in NCT centres means motorists will need two visits to complete NCT tests
Next Page