When Breaking Bad fans heard that a spin-off was being made of the classic TV show, they were understandably both very excited and a little bit concerned.

Sure, they were happy to see more of some incredible characters, but there's always the risk that they milk it too much, and you end up tarnishing the legacy of the universe. 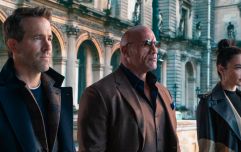 END_OF_DOCUMENT_TOKEN_TO_BE_REPLACED

But after the success of the first few seasons of the show, we quickly realised that there was nothing to fear, we had ourselves another classic TV series from showrunners Vince Gilligan and Peter Gould.

And in a recent interview with The Hollywood Reporter, Gould gave fans of the show a better idea of when and how the series is going to end.

Speaking of the upcoming season, he said: "Our show is about change. It's about how people change and whether, when they change, they're truly changing or whether the different parts of themselves are manifesting.

"It's very specifically about Jimmy McGill. When we started the show, the question Vince and I asked was, 'What problem does becoming Saul Goodman solve for Jimmy McGill?' Season four was really the moment when we understood that. We understood that the problem that he's solving is he doesn't want to be Jimmy McGill anymore because of everything that happened with Chuck and everything else in his life."

He also said that the series is now closer to the end than it is the beginning, saying: "I don't know about the exact length of the journey, but I will say that for the first time, working on season five, we started to get a feeling for how we were going to end all this and what the end might be.

"I will say that we frequently have ideas in advance and they don't end up happening, but I have a feeling in my gut that we have a much better idea of how this all ends, and it's not incredibly far away."

The Big Reviewski || JOE · The Big Reviewski with Dune, a mini-Hangover reunion & the best of Timothée Chalamet
popular
One of the best thrillers of the decade is among the movies on TV tonight
The full list of all the new shows and movies coming to Netflix in November
The JOE Movie Quiz: Week 125
Vin Diesel walked Paul Walker's daughter down the aisle
After a decade on the run, Colombia's most wanted drug lord is finally captured
QUIZ: Get your thinking cap on with this General Knowledge Quiz
QUIZ: Can you master this General Knowledge Quiz?
You may also like
3 days ago
2021's biggest sci-fi epic and 7 more movies and shows to watch this week
5 days ago
Netflix has revealed the release date for new episodes of Ozark
6 days ago
Mindhunter director tells fans to "make enough noise" to get season three made
1 week ago
The return of Succession and 10 more movies and shows to watch this week
1 week ago
Netflix renews You for fourth season ahead of season three's premiere this week
1 week ago
Squid Game creator opens up on his plans for season two
Next Page