One of Ireland's finest actors playing the most famous man on the planet. This will be special.

The first image of Brendan Gleeson playing Donald Trump has been released, and it has the entertainment world on the edge of its seat.

In a project previously titled A Higher Loyalty, but now called The Comey Rule, we will see the Irishman play the US President in a mini-series about former Director of the Federal Bureau of Investigation, James Comey.

END_OF_DOCUMENT_TOKEN_TO_BE_REPLACED

It is adapted from Comey's book, A Higher Loyalty: Truth, Lies and Leadership.

The series will deal with topics such as Trump's relationship with the Clintons, Russia, and a day-by-day look at the first few months of Trump's chaotic reign as US President.

And if you're still not sold, take a look at the first official image of Gleeson in the role. 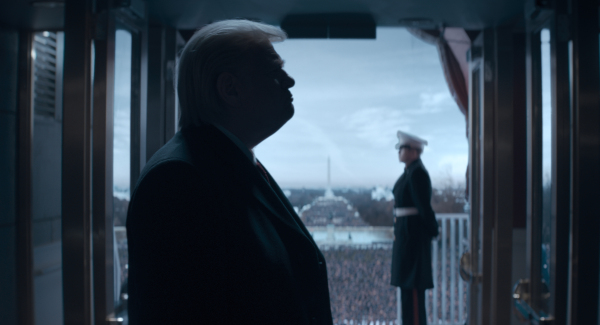 END_OF_DOCUMENT_TOKEN_TO_BE_REPLACED

In a previous interview with JOE, co-star Scoot McNairy said that Gleeson's performance was so like Trump that it was "too close for comfort".

He said: "Yeah, I worked with Brendan. Man, he's just so nice in person but it was scary to see how much like Trump he was.

"Everybody on set had an out of body experience when he did his first rehearsal, we were like 'Wow, this is too close for comfort.' For me, looking him in the eye during filming, he blew it out of the park. It was incredible."

The Comey Rule will be released in November of 2020.