Why is Game of Thrones the greatest show of all time?

Valar Morghulis if you disagree.

Drama, action, betrayal, murder, mystery, heroes and villains. All this without even mentioning the dragons!

Simply put, Game of Thrones is the greatest show of all time and if you haven't seen it yet then you're in for a real treat. With the Season 7 premiere quickly approaching on Sky Atlantic on July 17, here's why Game of Thrones rules the TV realm. 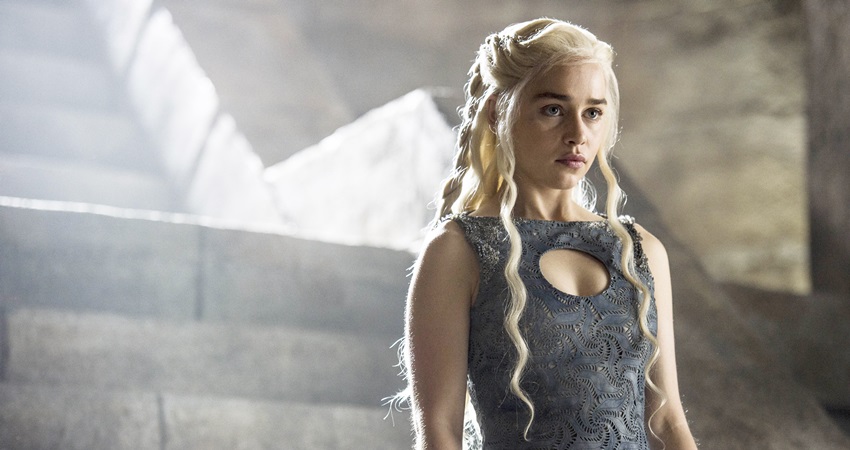 A Song of Fire and Ice.

Like any TV or film, the magic starts on the page and in the case of Game of Thrones, there's no denying that George R.R Martin has managed to tap into some beloved elements of history, mythology and folklore.

Martin's real genius lies in the fact that he somehow managed to combine a variety of influences and merge them into something that's exciting, addictive and beloved by audiences around the world.

If you're not a Game of Thrones expert, now is the perfect time to catch up with the world's most beloved show on Sky Box Sets but you might already be familiar with certain themes.

For example, it's clear that the gripping rivalry between the Starks and the Lannsiters is inspired by the Wars of the Roses as the House of York and the House of Lancaster feuded for the English throne.

The entire world is addicted to the quest for the Iron Throne, and after seeing the very first episode on Sky Box Sets, we promise that you will be too.

Without giving too much away, Game of Thrones has the finest plot in any TV show because audiences instantly become immersed in a vast and epic world without ever losing sight of the memorable characters that populate it.

With multiple feuding Houses, betrayal, quests for revenge and shifting alliances all occurring on a regular basis, there's rarely a moment to breathe because in Westeros, swords and words can be equally as deadly. 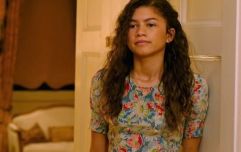 END_OF_DOCUMENT_TOKEN_TO_BE_REPLACED

Excitement, mystery and uncertainty shroud every minute, but there's far more to it than a razor-sharp plot. Incredible action, amazing one-liners and exciting twists develop at such a quick rate that you'll be begging to watch the next episode.

Thank god that Sky Box Sets have every episode for you to catch up on!

Every moment feels like it's a small piece in a superb jigsaw that's building towards the final answer, who's going to sit on the Iron Throne?

Fun fact, George R.R Martin actually admitted that the design of Westeros is inspired by an inverted map of the UK and Ireland.

In this case, The Wall would be Hadrian's Wall.  See, the world's best show is inspired by our beautiful country!

If that isn't enough to convince you, the locations that are used in Game of Thrones are absolutely stunning.

Shot on location in Northern Ireland, Croatia, Iceland, Morocco and Spain, this is TV at it's most epic and grandiose. 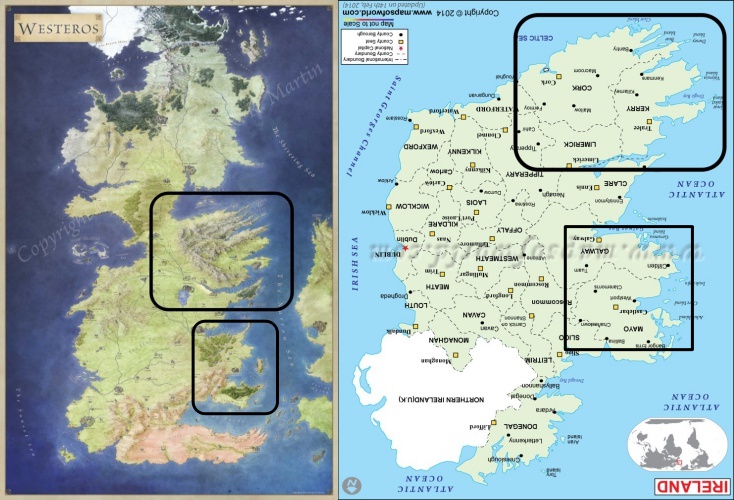 It's hard to choose one favourite character in Game of Thrones because everyone gets their moment to shine. Are you a fan of Daenerys as she tries to bring freedom to the Seven Kingdoms? What about the noble and brave virtues of Jon Snow? Perhaps Tyrion and his sharp mind is what appeals to you most?

Then again, who doesn't love a good villain and Game of Thrones has some epic ones!

Unlike other shows, Game of Thrones has that unique ability to get viewers to invest their time into the characters on screen. Trust us, you'll be screaming in delight, cursing in anger and jumping with excitement as you follow these heroes and villains.

And some people just say that it's just a show about dragons!

The greatest compliment that you could pay Game of Thrones is that there isn't a character who feels 'wasted' because every single person in the show - regardless of their time on screen - is memorable.

Certain characters also have an uncanny ability to get under your skin, especially the villains. We defy any Game of Thrones fan to be completely at ease whenever they see Ramsay Bolton, Joffrey or Littlefinger. They're the very definition of someone that you love to hate.

On the other side of this, you'll be emotionally invested in the fates of Jon Snow, Daenerys, Tyrion and the entire Stark family.

There are heroes and villains on every side and after watching the very first episode of the show on Sky Box Sets, you'll be hooked! 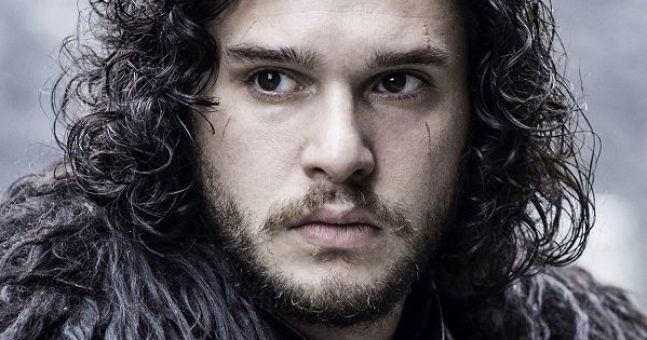 We're delighted to see the return of Game of Thrones to Sky Atlantic, but in many ways, each episode could easily sit on the big screen at your local cinema because this show is epic in every sense of the word.

Not only are the special effects and fight sequences top notch, but the cinematography is absolutely breathtaking. With every passing season, the scale and scope of the show only gets bigger.

Truth be told, certain episodes like 'Hardhome', 'The Battle of the Bastards', 'Watchers on the Wall', 'The Rains of Castamere' and 'Blackwater' have more spectacle, drama and jaw-dropping moments than 99% of the films that you would see in your local cinema.

Game of Thrones has set the benchmark for what TV can do in a visual sense. It's unlike anything that you've ever seen before.

Game of Thrones can no longer be categorised as 'just a TV show'. Simply put, George R.R Martin's creation has become a cultural phenomenon that incites a level of devotion, love and passion that's usually only seen by massive Hollywood franchises or sports teams.

Every week, people stop their daily lives because they're absolutely addicted to find out what happens next in Westeros. If you want further proof of its popularity, over 3.6 million people tuned in just to find out the premiere date of Season 7.

Thankfully for us, the wait is nearly over. Winter is here and you can watch Game of Thrones on Sky Atlantic from July 17th.

You can now catch up on Games of Thrones Seasons 1-6 on Sky Box Sets, with Season 7 arriving on 17 July, exclusively on Sky Atlantic. Sky is currently offering new or existing customers half price Sky Box Sets for 6 months, when you join or upgrade for a limited time.

You can also enjoy over 350 box sets and a great range of exclusive shows you can’t get anywhere else. Visit the Sky website for more information.

popular
Public urged to be wary of sophisticated Revolut scam in operation in Ireland
A gripping mystery thriller is among the movies on TV tonight
New Netflix series looks like a must-watch for fans of Drive to Survive
'The Beast' apologises for storming off after losing on The Chase
10 years ago this week, Liam Neeson's best performance arrived in cinemas
The 50 most iconic songs of all time* have been revealed
Amazon Prime Video has just added 16 big movies to its library
You may also like
14 hours ago
COMPETITION: This is your LAST chance to WIN €1,000 this Dry January
1 day ago
COMPETITION: WIN a two-night stay at the luxury Trident Hotel in Kinsale Harbour
1 day ago
Looking to buy your first home in the perfect location for city-living? Don't miss this free virtual event
3 days ago
Dry January Bucket List: 7 exciting experiences to try before the end of the month
2 weeks ago
Building your first home? You won't want to miss this free virtual event
2 weeks ago
The time has come to back the best XI! Cast your vote for the definitive EA SPORTS FIFA 22 Team of the Year
Next Page