Did you know Game Of Thrones is on the way back?

You probably didn't, it isn't like EVERY SINGLE LAST PERSON IN THE WORLD HAS ALMOST BEEN DRIVEN MAD WITH EXCITEMENT.... 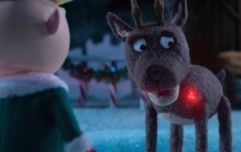 WATCH: Predator vs. Santa Claus is the violent cartoon you need in your life this Christmas

END_OF_DOCUMENT_TOKEN_TO_BE_REPLACED

In order to maintain some semblance of neutrality and not blindly assume that Season 7 is probably going to be the GREATEST SEASON OF TV EVER- sorry, it got away from us again.

Anyways, HBO have released this five minute video which shows off just about every major battle, every major plot strand, every incredible character and EVERY- No... no. We're calm. We can totally remain calm.

Here is the video, we're going off to have a quick lie-down...

For those looking for more GOT-related stuff before the show returns this weekend/Monday (depending on where in the world you'll be watching it), you can check out the Game Of Thrones experience right here in Ireland, the details of what you can expect (in very vague terms) from the first three episodes of the new season, check out the bookies' favourites on who will die first in Season 7...

And then there is our own funny catch-up on everything important that happened in the first six seasons. Enjoy!

The Big Reviewski || JOE · The Big Reviewski with Y: The Last Man, that Malignant ending & a secret streaming service
popular
Body of woman found by walker on shoreline in Galway town
Gabby Petito disappearance: FBI confirm remains found are that of missing woman
You could be shopping in an Aldi store with no checkouts in Ireland in the near future
President Biden warns trade deal must not derail peace in Northern Ireland
Cash, Rolexes, cars and one Canada Goose jacket seized in major Garda raid
"One person's rent is another person's income" – Varadkar rejects calls for three-year rent freeze
Government announces special €1,860 payment for laid-off workers during pandemic
You may also like
3 weeks ago
Kids pull "Bart Simpson" style prank on school board in brilliant viral clip
4 months ago
WATCH: The incredible lengths this Irish dad is going to for his "miracle" daughter
2 years ago
WATCH: Would you give in to the toughest GAA fan temptation?
2 years ago
WATCH: TV Presenter Mairead Ronan tries to guess the mystery car
2 years ago
WATCH: Mick Wallace's campaign video is unnervingly intense
2 years ago
WATCH: Stunning drone footage of Connemara following recent snowfall
Next Page