Yippee-ki-yay movie-goers! Due to popular demand, the Jameson Cult Film Club is returning to Dublin for their biggest and most action-packed double screening to date.

Continuing on from this year’s successful screenings of Intermission and LA Confidential, the Jameson Cult Film Club promises to transport the audience right into the world of the high suspense action classic, Die Hard (1988), which will be screened at a secret Dublin location on Tuesday 17th and Wednesday 18th September 2013.

To celebrate this exciting explosion-related news, JOE takes a look at some of the best action films ever made. But what defines a good action film, nay, a GREAT action film? Over the years studios have thrown massive money at slick directors in the hope of finding the next big action franchise. More often than not, though, they’ve come up short and movie audiences have invariably gone back to the old classics for comfort. These are five of the best...

END_OF_DOCUMENT_TOKEN_TO_BE_REPLACED

It’s hard to think of a better action film, or action hero. Sure, when the sequels went past (the hugely underrated) ‘With a Vengeance’ things got a bit shaky, but this is still the best action film ever made. Seminal and suitably explosive, it was also the movie that made Bruce Willis a star; his wisecracking, doesn’t-wanna-be-there NYPD cop stuck in an LA tower block battling some Aryan terrorists the original everyman action hero. A genuine, no bulls**t, classic.

If you want to get your Hans on some tickets for the upcoming screenings then throw on your white vest, take off your shoes and register right now on www.jamesoncultfilmclub.ie.

Are we cheating picking the first three flicks (the less said about the Jeremy Renner one the better…)? Probably, but the arguments in JOE about our favourite one just got too intense, until we beat each other up with rolled-up copies of The Phoenix and decided the call a truce and give all three a mention. Since Die Hard, no film(s) has been more influential on action cinema.  The level of urgency, pace and unrelenting intensity pushed in these incredibly well made productions are as exhilarating as they are entertaining.

END_OF_DOCUMENT_TOKEN_TO_BE_REPLACED

There were further arguments in JOE HQ (I know, we’re a passionate bunch) about whether or not Heat was technically an action film. My argument? It has Al Pacino and Robert De Niro firing REAL assault rifles in the best shoot-out ever committed to celluloid. Enough said? No? Writer/director Michael Mann manages to make you care/despise characters with minimum screen time; it’s not just a great action film, it’s a great film.

Easily the least known film on the list, that doesn’t make this gleefully violent, superbly directed slugfest any less worthy of a place on our list. The plot is simple; a SWAT team need to ascend a tower block in a rough part if Jakarta, Indonesia to take down the gangland boss who resides in the grubby penthouse. The plot is simplicity personified, the film breathlessly entertaining. If you haven’t see it please do so now. 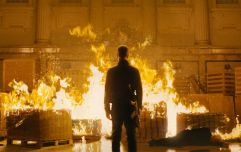 END_OF_DOCUMENT_TOKEN_TO_BE_REPLACED

Directed by action supremo John McTiernan and starring the man-mountain that is Arnold Schwarzenegger, Predator tells the story of an elite special forces team, led by 'Dutch' (Schwarzenegger), on a dangerous mission to rescue hostages from guerrilla territory in Central America. Unbeknownst to the group, they are being stalked and hunted by a technologically advanced form of extraterrestrial life, the Predator. Or, as it’s affectionately known in JOE Towers, Big-Scary-Bob-Marley-Vagina-Face. The Predator series has since been bastardised with its woeful crossover with the Alien franchise, but if it’s a crackin’ good old-fashioned action film with endlessly quotable, cheesy Arnie one-liners you’re after, then look no further.

So if JOE's amazing choices have got you in the mood for some classic action-film goodness register right now on www.jamesoncultfilmclub.ie.

Do it now, or we'll blow up your house, Detective John McClane style.

We won't really but we just wanted to sound cool. 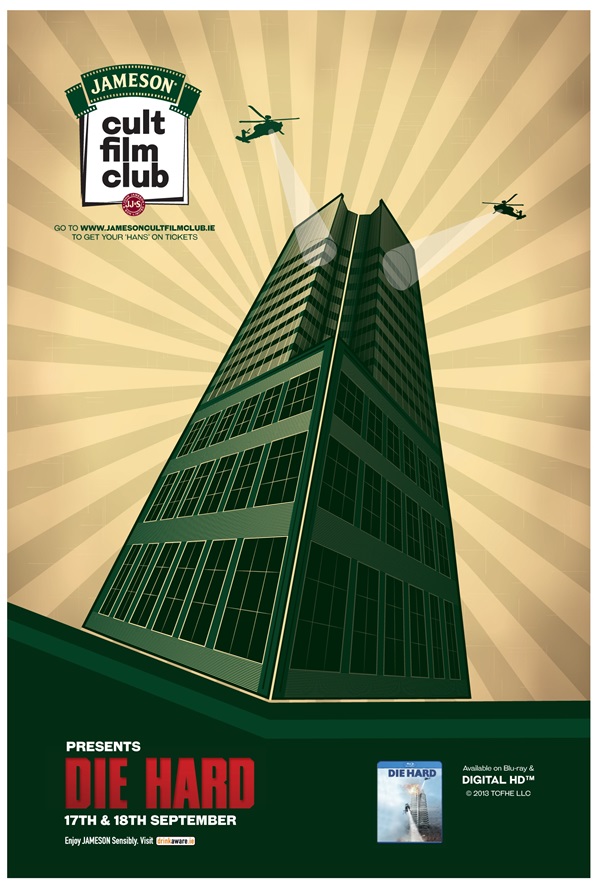