Applications are now open for this summer's Love Island

Know anyone who fits the bill?

We are in the thick of the first ever season of Winter Love Island, and if we're being honest, it's not the same as what we had during the summer.

Nothing ever will be.

The show might well have peaked at the exact moment Maura Higgins entered the villa, but there's one way of ensuring the next season is 10/10 entertainment, and that's by getting yourself on the show.

Applications are now open for the next season of the show, so if you are at least 18 years of age and free next summer, then get your CV in quickly.

If you think you're as cool as Ovie, as ridiculous as Curtis, or as controversial as Maura, here's where you can get involved. 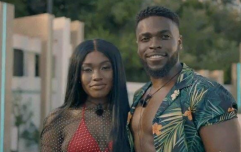 END_OF_DOCUMENT_TOKEN_TO_BE_REPLACED

Who knows, you might even find love! (You won't).

If you are considering applying, be wary, as ITV clearly state: "The nature of the show means that we also collect and use information about you which is more sensitive than ‘everyday’ personal information, such as information about your background, health and dating preferences. Before you start your application, we want to make sure you are happy with how we may use this information."

Probably pretty important that you know that.


popular
Here are Ireland’s favourite takeaways, as per the National Takeaway Awards
Here are the 6 best movies on TV this evening
QUIZ: Week 16 of JOE's 19 in 90 quickfire quiz is here
TG4 to air a documentary on Ireland's homeless crisis this evening
"Totally unacceptable." Final year students at WIT hit out after extra module added to final semester
Fine Gael and Fianna Fáil say Sinn Féin's rent-freeze proposal is unconstitutional. We asked a constitutional lawyer
Met Éireann forecasts risk of sleet and possibly snow in parts of Ireland this weekend
You may also like
4 days ago
It looks like winter Love Island may soon be getting its first Irish contestant
6 days ago
Semi-pro footballer enters Love Island villa without telling his club
1 week ago
Ollie Williams releases statement after leaving the Love Island villa
1 week ago
Predicting the personalities of the Winter Love Island contestants based on their bios
2 weeks ago
Here are the first 12 contestants entering the Winter Love Island villa
3 weeks ago
7 things bound to happen in the first series of Winter Love Island
Next Page