An emotional night in the I'm A Celebrity camp.

Episode 15 of I'm A Celebrity, Get Me Out Of Here! was an emotional rollercoaster as camp-mates won the chance to have letters from loved ones, back home, read out. For Matt Hancock, that meant a note from Gina Coladangelo, his former aide, and mistress, now girlfriend.

The MP, and former Minister for Health, was as delighted as the rest of the show's contestants when a challenge was won that would allow 10 of the camp-mates to have letters from home read out.

END_OF_DOCUMENT_TOKEN_TO_BE_REPLACED

Returning to the camp in triumph, retired England footballer Jill Scott declared, "When Owen [Warner] put the last one down we celebrated like we’d just won the World Cup."

When it came time to read out the letters, each camp-mate was selected to read selected ones out. Jill Scott got Matt Hancock's and it was from Coladangelo.

Coladangelo, you may recall, was a former aide to Hancock when he was health minister during the height of the Covid-19 pandemic. With Hancock already married, the pair embarked on an affair that was made public by an exposé run by The Sun newspaper. 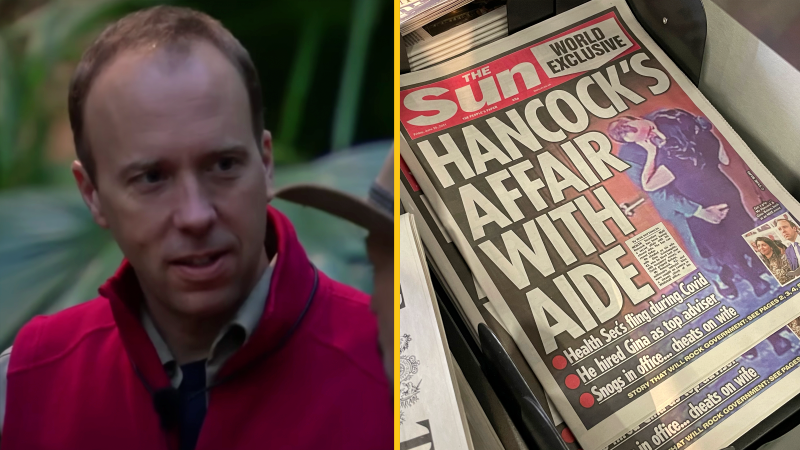 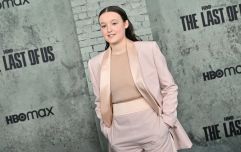 END_OF_DOCUMENT_TOKEN_TO_BE_REPLACED

Matt Hancock eventually split from his wife, Martha, and is dating Gina Coladangelo.

Jill Scott, who lifted the Women's World Cup with her country, earlier this year, had the task of reading out the letter on what was an emotional night in the I'm A Celeb camp.

'Dear Matt, wow watching you in the jungle has been quite the experience.

'We are particularly impressed that you conquered your fear of snakes. We are less sure about the dancing. Although we saw that you almost got the electric slide thanks to Scarlette. Gina xxxxx' 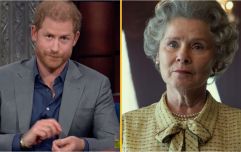 END_OF_DOCUMENT_TOKEN_TO_BE_REPLACED

Needless to say, social media was soon flooded with show viewers that were a mix of touched, put off or straight-up cringing at the letter to Hancock.

Hancock was then asked to read out a letter to Seann Walsh from Grace Adderley, girlfriend of the comedian.

“Hello bebe, I miss you a silly amount, but watching you makes me feel so much better," Hancock began, as he read out the letter.

"Considering you once fell against the kitchen wall clutching your heart because Mildred brought in a wet leaf that you thought was a mouse, I was so impressed you did actually sort of put your hand in a box of rats, even if your hand was guided by Matt.

"The baby is kicking loads and sometimes I can see the bump moving around, which is such a surreal feeling. Love you, love you more, Grace."

popular
Netflix has just added 12 very big movies to their library
5 years ago, Hollywood took a massive gamble on a huge sequel... and lost big time
One of the most underrated crime thrillers of recent years is among the movies on TV tonight
Netflix backtracks on anti-password sharing measures following user outcry
The 50 most iconic songs of all time* have been revealed
Tom Hardy set to play Hannibal Lecter-type serial killer in new series
Guy Ritchie's new war movie looks like it'll be a very emotional watch
You may also like
2 days ago
The JOE Friday Pub Quiz: Week 332
2 weeks ago
Petition urging ITV not to sack Jeremy Clarkson gets over 20,000 signatures
2 weeks ago
Deal or No Deal set to return to screens with a new host
2 weeks ago
Former X Factor contestant Katie Waissel plans to sue Simon Cowell
3 weeks ago
23 new and returning shows in 2023 we're very excited for
3 weeks ago
Alan Carr reportedly set to replace David Walliams on Britain's Got Talent
Next Page