An absolute masterpiece if there ever was one.

It's certainly not the kindest of days.

That said, you can take the sting out of it by enjoying a good movie this evening.

Prime Video just uploaded 26 big ones to its library, while Netflix just added a modern classic to its service.

Here are the films airing on TV tonight.

The third in Gerard Butler's popular Has Fallen series of action movies.

Steven Seagal plays a police detective that is out for justice.

Avatar's Sam Worthington leads the cast of this sci-fi thriller about a family in the near future who participates in an experiment into man's genetic evolution in space.

This crime thriller sequel is definitely a step down from the brilliant original but has its moments. 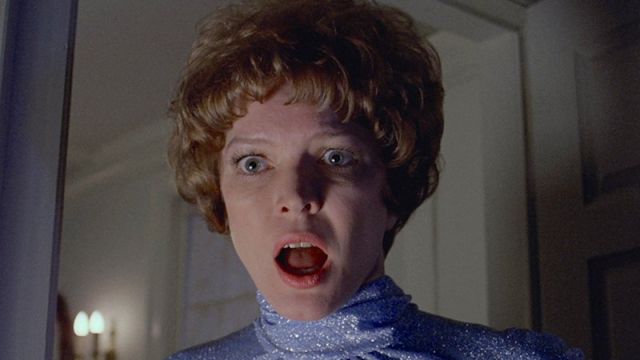 Ellen Burstyn in The Exorcist, our pick for tonight

Our pick for tonight sees a teenage girl (Linda Blair) become possessed by a mysterious entity, after which her mother (Ellen Burstyn) seeks the help of two priests (Jason Miller and Max von Sydow).

Based on the novel by William Peter Blatty and directed by William Friedkin (The French Connection, Sorcerer), The Exorcist perfectly blends bone-chillingly creepy thrills with a powerful meditation on faith.

This alternate cut to the film adds 10 minutes to the original, including an emotional new closing scene.

In this twisty horror, a woman (Ksenia Solo) is abducted by a stalker (Lost's Dominic Monaghan) and held captive underneath an animal shelter where her captor works.

A group of friends who must defend themselves against an alien onslaught in this not very good Canadian sci-fi horror.

A British Pakistani rapper (co-writer Riz Ahmed) on the cusp of his first world tour is struck down by an illness in this critically acclaimed 2020 drama.

popular
BBC apologises after calling Paul Mescal 'British' in Oscar coverage
New Netflix series deserves to be as big as Stranger Things
Netflix has just added one of the best sci-fi movies of recent years
This is what the cheapest house for sale in Dublin looks like
Couple left unable to eat or drink after spending €4k on 'Turkey teeth'
Irish names among the top 10 hardest words for British people to pronounce
Barry Keoghan mentioned in UK Parliament speech during government debate
You may also like
1 day ago
A very funny horror comedy is among the movies on TV tonight
1 day ago
Here's the line-up for this week's Late Late Show, which will include an Irish Oscars tribute
2 days ago
Britain's Got Talent confirms David Walliams' replacement
2 days ago
One of the greatest horror sequels of all time is among the movies on TV tonight
2 days ago
Ireland represented in a major way in this year's Oscar nominees
2 days ago
Oscar nominations 2023: Full list of nominations revealed
Next Page