The re-opening dates for their 19 cinemas across the Republic of Ireland have been announced.

Cinemas in Northern Ireland have been re-opened since Monday, 24 May, and now the rest of the island of Ireland will be getting back to the big screen once they're officially allowed to safely return from Monday, 7 June.

Omniplex Cinemas have announced the phased reopening of their screens around Ireland, so take note to see when your local Omniplex will start popping that corn again:

The same safety precautions that Omniplex had in place while they opened last year will be in place when they re-open in June, including:

Mark Anderson, Director of Omniplex Cinemas had this to say about the cinemas re-opening:

"The re-opening of cinemas in Ireland, after nearly six months closed, is a seminal moment for cinema lovers. We're delighted to start re-opening our doors next week with a selection of brand-new movies. In order to enjoy a safe cinema going experience we will continue with measures introduced last year like online ticketing, reduced auditorium capacity and self-scanning of tickets."

He also commented on Omniplex's brand new cinema opening in Killarney this July:

"We intended to open our Omniplex Killarney last year, so we’re excited to finally get to present our latest cinema this July. With a MAXX D’LUXX screen, Killarney is about to be amazed by OmniplexMAXX’s Big Screen and Big Sound treatment as well as the comfort of our D’LUXX electric recliner seats. 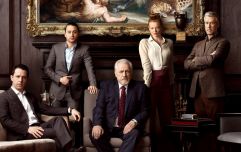 END_OF_DOCUMENT_TOKEN_TO_BE_REPLACED

"This all-laser projection facility with sofa-beds is at the cutting edge of worldwide cinema technology. Coincidentally our D’Luxx cinemas are also naturally well suited to a socially distant world with a focus on automation and large fully electric recliner seats with a two metre gap between rows."

Some sites already have tickets on sale for A Quiet Place Part II and Peter Rabbit 2 from Monday, 7 June.

Full schedules for what will be shown in the cinemas will be announced very soon.

The Big Reviewski || JOE · The Big Reviewski with Dune, a mini-Hangover reunion & the best of Timothée Chalamet
popular
WhatsApp to stop working on 53 phone models, including iPhone 6
The 50 most iconic songs of all time* have been revealed
Man hospitalised following alleged assault by group of youths in Dublin
PICS: The man with the biggest penis in the world has one unbelievable problem with it
Waterford driver fined for speeding, immediately speeds away, is fined again
People think they've figured out the ranking of the viewers on your Instagram Stories
One of the best thrillers of the decade is among the movies on TV tonight
You may also like
13 hours ago
A recent Oscar Best Picture nominee is among the movies on TV tonight
1 day ago
A brilliant, under-seen Graham Taylor documentary is on TV tonight
1 day ago
A villainous Tom Cruise performance is among the movies on TV tonight
1 day ago
Friends actor James Michael Tyler has died, aged 59
1 day ago
10 great classic movies coming to Netflix this November
2 days ago
Eternals will feature the Marvel Cinematic Universe's first sex scene
Next Page