When it was announced that Zach Braff (JD) and Donald Faison (Turk) were launching their Scrubs podcast Fake Doctors, Real Friends, fans of the classic show were buzzing.

And if there was any doubt whether the show would live up to expectations, they can officially be thrown in the bin.

Every episode sees Braff and Faison look at a particular episode of Scrubs (starting from the very first one). Naturally, the two have hilarious anecdotes from working on the show, and a chemistry that JD and Turk would be proud of. 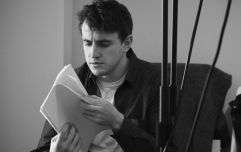 END_OF_DOCUMENT_TOKEN_TO_BE_REPLACED

Each guest has explained their story of how they got the job, with John C McGinley's being particularly brilliant. END_OF_DOCUMENT_TOKEN_TO_BE_REPLACED

He recalled the exact moment after his audition, saying: "I shut the door... I started driving home on the 101, I put Bruce on, it was blaring, and I was like 'I definitely got that, and if I didn't, the show sucks'".

With every episode of Scrubs now available on All4, we really recommend giving it a listen.

Fake Doctors, Real Friends is available to listen to wherever you listen to your podcasts.

popular
Met Éireann issues weather warning for three counties
QUIZ: Can you conquer this delightfully difficult General Knowledge Quiz?
QUIZ: Take your very best shot in this tough General Knowledge Quiz
The JOE Movie Quiz: Week 160
An underrated Jason Statham thriller is among the movies on TV tonight
New horror movie trailer has one of the best jump scares in years
The JOE Friday Pub Quiz: Week 300 - the Triple Century
You may also like
3 weeks ago
The 2 Johnnies say over 100 people have contacted them about the GAA catfish
4 weeks ago
The 2 Johnnies set to update fans on catfish situation soon
1 month ago
The 2 Johnnies share unbelievable catfish ordeal affecting over 40 people
9 months ago
Joe Rogan tests positive for Covid-19 after telling listeners not to get vaccine
2 years ago
Two of the stars of The Office US to reveal behind-the-scenes stories on new podcast
3 years ago
Kevin Smith is bringing his podcast tour to Dublin this May
Next Page