"We extend our deepest sympathy to all victims and families impacted by these tragedies."

Warner Bros. has issued a statement responding to the controversy around the new Joaquin Phoenix-starring Joker movie, calling on "policymakers to enact bi-partisan legislation to address this epidemic [of violence]".

The film, focusing on Batman's greatest villain and reportedly not featuring the Caped Crusader at all, is not released until next month but has already been the focus of much discussion.

Much of the criticism has centred on the idea that the film will humanise the character, who is meant to be a mass murderer, and potentially inspire copycat violence.

Earlier this week, the families of the Aurora shooting in 2012, where 12 people were killed during a screening of The Dark Knight Rises, wrote a letter to Warner Bros., expressing their concern with the movie.

"When we learned that Warner Bros. was releasing a movie called Joker that presents the character as a protagonist with a sympathetic origin story, it gave us pause," they wrote in the communication to CEO Ann Sarnoff.

Now Warner Bros. has responded with a statement.

"Make no mistake: neither the fictional character Joker, nor the film, is an endorsement of real-world violence of any kind," it reads.

"It is not the intention of the film, the filmmakers or the studio to hold this character up as a hero. 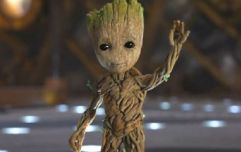 END_OF_DOCUMENT_TOKEN_TO_BE_REPLACED

"Gun violence in our society is a critical issue, and we extend our deepest sympathy to all victims and families impacted by these tragedies."

"Our company has a long history of donating to victims of violence, including Aurora, and in recent weeks, our parent company joined other business leaders to call on policymakers to enact bi-partisan legislation to address this epidemic. At the same time, Warner Bros. believes that one of the functions of storytelling is to provoke difficult conversations around complex issues."

Debate over the film has continued online in the run-up to the film's release.

One viral tweet, in particular, suggested that viewers wouldn't want to "watch a man get rejected by women as an excuse for his future of domestic abuse," and "have sympathy for a man best known for robbery, murder, and arguably rape shoved down my throat for two hours."

It should be noted that many of these criticisms have come from people yet to see the film, and reviews from the film's premiere at the Toronto film festival have showcased a range of reactions - the Guardian called it a "smart, stylish and troubling film," whereas Little White Lies said it "falls flat on every conceivable level."

You can read JOE's review of Joker here.