They're finally making a horror movie set in the White House

Any similarity to actual persons living or dead is purely coincidental, we're sure.

It took long enough but they're making a horror film set in the White House.

The 'they' in question is director Fede Álvarez, who has previous in the genre with the likes of the Evil Dead remake (decent and very gory) and Don't Breathe (pretty good until it isn't). 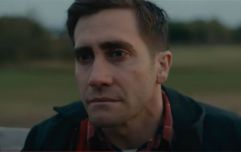 END_OF_DOCUMENT_TOKEN_TO_BE_REPLACED

He also helmed The Girl in the Spider's Web, but nobody saw that.

Now, the Uruguayan filmmaker has his sights set on 1600 Pennsylvania Avenue with what is being billed as "The Shining set in the White House."

It's part of a new deal that sees his Bad Hombre production company sign with Legendary Pictures. The exclusive arrangement will also see a reboot of horror classic The Texas Chain Saw Massacre.

The Hollywood Reporter notes that Shintaro Shimosawa, previously a writer and co-executive producer on Fear the Walking Dead, will have the 'Head of Production' sign on his office door at Bad Hombre.

“We are looking forward to sparking a new and meaningful relationship with a powerhouse like Legendary,” said Alvarez.

No word on just what US President will be in office during that lead project, but we can think of one or two options...

The Big Reviewski || JOE · The Big Reviewski's HALLOWEEN SPECIAL with Jamie Lee Curtis and spooky movie recommendations
popular
New nightclub restrictions include one metre social distancing at bars
New true crime documentary series from Netflix looks gripping
Irish costume shop criticised for selling Nazi uniform as Halloween outfit
Nearly a third of young people intend to emigrate in the next 12 months, new survey reveals
An excellent drama starring Jake Gyllenhaal is among the movies on TV tonight
Here's the lineup for this week's Late Late Show
WhatsApp to stop working on 53 phone models, including iPhone 6
You may also like
1 day ago
Tiger King 2 trailer unleashed with Netflix promising more "mayhem"
1 day ago
An entertaining Heat knock-off is among the movies on TV tonight
1 day ago
8 great new additions to Amazon Prime Video in November
2 days ago
Dune: Part Two has been officially greenlit and given a release date
2 days ago
Succession has been renewed for a fourth season
2 days ago
A recent Oscar Best Picture nominee is among the movies on TV tonight
Next Page