By all accounts, 2018's All Together Now was a massive success. 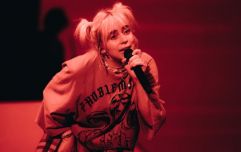 END_OF_DOCUMENT_TOKEN_TO_BE_REPLACED

And it looks like 2019's event is going to be a hit as well, based on the first acts announced.

The National had been announced as headliners already, with José Gonzalez, Little Green Cars, Father John Misty, Loyle Carner and Hot Chip among the many acts who will perform across 16 stages.

Tickets are now available to purchase from Ticketmaster, for the event that will take place from 2-4 August.

Across its 16 stages, All Together Now will boast music, spoken word, comedy, theatre, debate, art, workshops and feasts of food and drink.

Sounds good to us.

popular
Amazon Prime Video has quietly added 10 big new movies to its library
Yet another new Wetherspoons is set to open in Dublin city centre
The new restrictions likely to be introduced as NPHET meets with Govt
8 great new additions to Amazon Prime Video in December
The 50 most iconic songs of all time* have been revealed
PUP caused people to "get a bit lazy" says Supermac's boss
House of Gucci has the best sex scene from a big Hollywood movie in years
You may also like
1 month ago
Festival-goers take multiple drugs at the same time, according to new research
2 months ago
'It wasn't very flattering' – Leo Varadkar breaks silence on festival photo fiasco
2 months ago
Events industry calls for 100% capacity reopening after Varadkar's festival jaunt
3 months ago
Belfast concert organiser "bitterly disappointed" by Electric Picnic decision
3 months ago
Two-day music festival The Great Beyond announced for Kinsale next month
3 months ago
Electric Picnic won't go ahead this year as Laois County Council refuse to grant licence
Next Page