Anderson .Paak is a goddamn superstar

"Dublin, are you still there?"

It's night two of Anderson .Paak's beach party-themed residency in Dublin's hallowed Olympia Theatre and those gathered are bearing witness to greatness.

END_OF_DOCUMENT_TOKEN_TO_BE_REPLACED

For anyone not in the know, the man born Brandon Paak Anderson is a frighteningly talented polymath, excelling as a rapper, singer, and fiendishly energetic drummer.

With his band The Free Nationals for company, .Paak creates a full-on rhythmic fury, though one that ultimately wishes to wrap people in the tightest of embraces.

The 33-year-old is currently riding the crest of a wave following the release of 2018's Oxnard, which marked the conclusion of his 'beach' trilogy, arriving after 2014's Venice and 2016's Malibu.

The heavily Dr. Dre-influenced Oxnard is comfortably the weakest of the three, saddled by dated skits and a general sense of looseness. 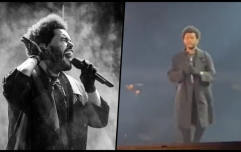 END_OF_DOCUMENT_TOKEN_TO_BE_REPLACED

Happily, it comes to life in the live arena, where tracks like 'Who R U?' and 'Tints' feel like old friends. '6 Summers', however, is a good opportunity to hit the bar.

You don't loiter, though. There's too much energy in the room. You could make a considered list of all of the elements that come together to realise this atmosphere, but we'll settle for three: 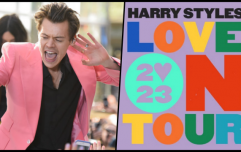 END_OF_DOCUMENT_TOKEN_TO_BE_REPLACED

The whole evening feels like a flex, a hopefully endless party that makes one leave a burning world behind for about 90 minutes.

Drake might be wowing arenas full of people in the capital this week with floating cars and defiant posturing, but he's got nothing on this. 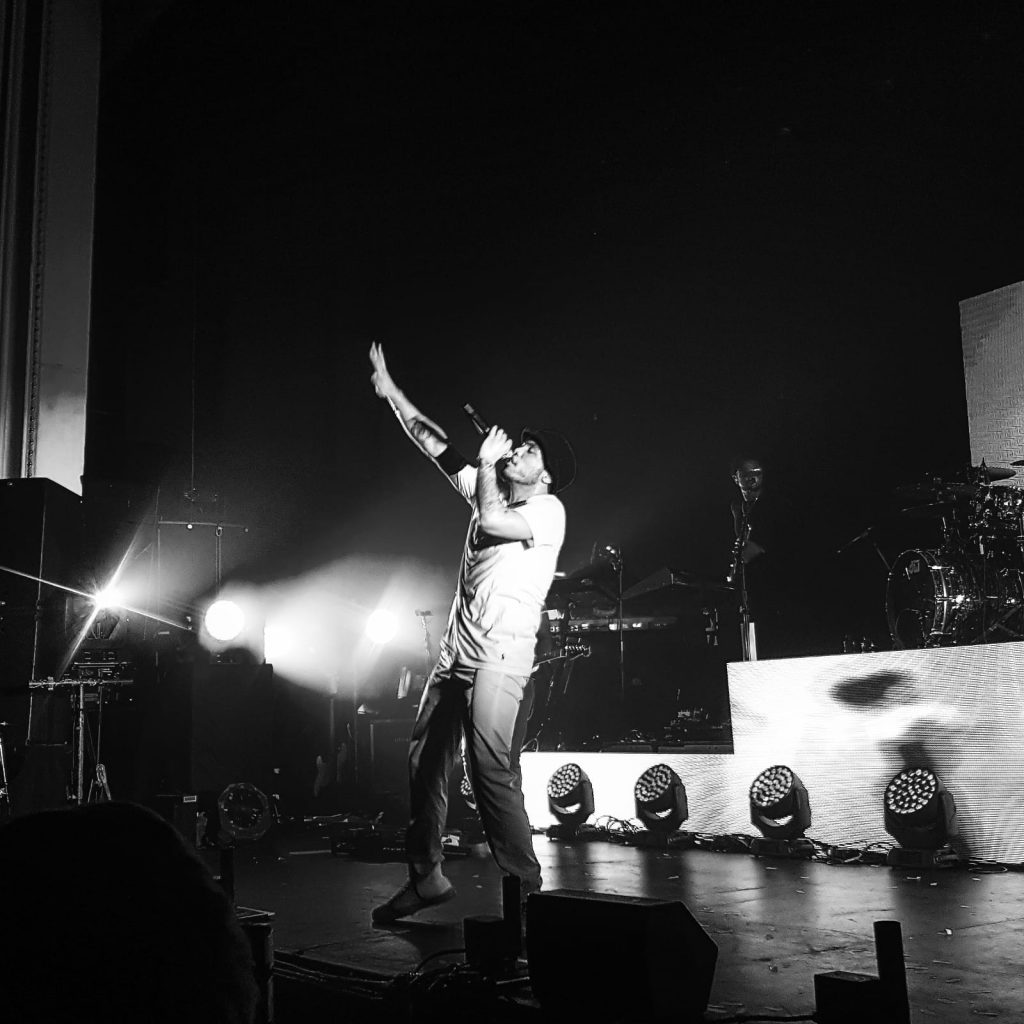 Backed up by streaming stats and freshly broken records, Drake is an unusually dull megastar for a jaded time, and his half-baked medleys simply cannot compete with the Midas Touch that sweeps the Olympia on Tuesday and Wednesday.

You won't catch .Paak in a venue like this over here again, which is a shame in one respect, given the loving communion on display.

As noted, this is a party. The Californian can weave in social commentary where he sees fit, but his chief skill is that of host. There's an undeniable presence here, a superstar aura that deserves to be recognised and sky-rocketed.

"I learned that to be onstage, confidence is everything," he told Rolling Stone last September.

That assurance is everywhere, on every part of the stage, in the crowd, rising to the ceiling. The drum kit doesn't get graced by anyone else. There's no need, not when .Paak trades centre focus for a barrage of percussion while simultaneously singing and rapping so seamlessly.

It's no gimmick. Just another feather in the bucket hat.

Slightly older numbers like 'Come Down' and 'Put Me Thru' are honestly electric, as is a cut from the superb NxWorries collaboration record.

There's another album coming, too. Next month will see Ventura drop, with no seeming end of .Paak's prolificness in sight, even if not everyone is as thrilled as those are in Dublin.

"My wife fucking hates me, I’m not even getting to see my kids all the time because I’m in the studio all the time," he admitted in that aforementioned Rolling Stone conversation.

"This is it. This is everything I have."

Not quite. There's always something more.

The curtain draws as fresh respect is paid to the late Mac Miller, a deafening roar greeting his name and a photograph of both men together, huge smiles stretched across their features.

That's the message. Nobody gets forgotten about or left behind at this celebration. Every moment counts. All the pieces matter. The night is alive.

"Dublin? Are you still there? Dublin, are you with me?" our host asks, more than once.

popular
QUIZ: Test your knowledge with this Ultimate Friends Character Quiz
Details of cash payments and Christmas bonus outlined in Sinn Féin’s alternative budget
The JOE Friday Pub Quiz: Week 313
House Of The Dragon is already better than Game Of Thrones
A brilliant psychological thriller is among the movies on TV tonight
Amazon Prime Video has just added 20 very big movies to its library
The 50 most iconic songs of all time* have been revealed
You may also like
2 weeks ago
Warning issued over potential taxi shortage due to Garth Brooks gigs
3 months ago
Sinéad O'Connor cancels all live dates for 2022 due to "continuing grief"
3 months ago
You have one last chance to get Garth Brooks tickets – but you best be quick
4 months ago
A Late Late Toy Show musical is coming to Dublin
4 months ago
Here's how you can get your hands on tickets for the sold-out Electric Picnic
4 months ago
Ed Sheeran and Ireland – a strangely tepid love affair that somehow endures
Next Page