Electric Picnic 2018: The Prodigy deliver as The Blaze set the world on fire

Beautiful chaos rains as the Picnic packs up for another year.

Electric Picnic has become a monster.

In conversation on Sunday afternoon, EP Managing Director Melvin Benn compared the Stradbally spectacular to the likes of Glastonbury and Benicàssim, and he's not far wrong.

END_OF_DOCUMENT_TOKEN_TO_BE_REPLACED

You may long for a return to more humble, intimate and less brand-heavy days of Picnics past, but that's not happening.

Electric Picnic 2018 is as much a bustling small 72-hour-only town as it is a music and arts festival, and it's only going to get bigger with the announcement that the capacity is set to increase.

Picture of Electric Picnic Festival in Stradbally, Co. Laois courtesy of the Garda Air Support Unit. We hope everyone has a safe and enjoyable time on their last day today 🕺🎤🎡 pic.twitter.com/oyJANLMRUv

END_OF_DOCUMENT_TOKEN_TO_BE_REPLACED

You can get lost here in more ways than one, and trying to pack everything into the weekend is genuinely impossible.

You could even go the whole three days and avoid music entirely if you'd rather dive into the various public interviews, live podcasts, food and drink engagements and assorted random happenings peppered about the vast site.

And if you're very lucky, Nile Rodgers might comically interrupt your interview with George Ezra and derail the whole thing in surreal fashion.

Following that incident, day three starts properly for JOE with a trip to the Main Stage to see Garbage make their long-awaited return to Irish shores.

END_OF_DOCUMENT_TOKEN_TO_BE_REPLACED

Indeed, Shirley Manson - bedecked in fire engine red like some kind of hell priestess - makes a point of thanking Electric Picnic for bringing her band back here for the first time in 20 years, which seems faintly ridiculous.

Despite confessing to nerves on Twitter a few hours earlier, she makes the time count, praising the men and women of Ireland for helping "women under siege" in the recent referendum and encouraging us to keep on pushing. 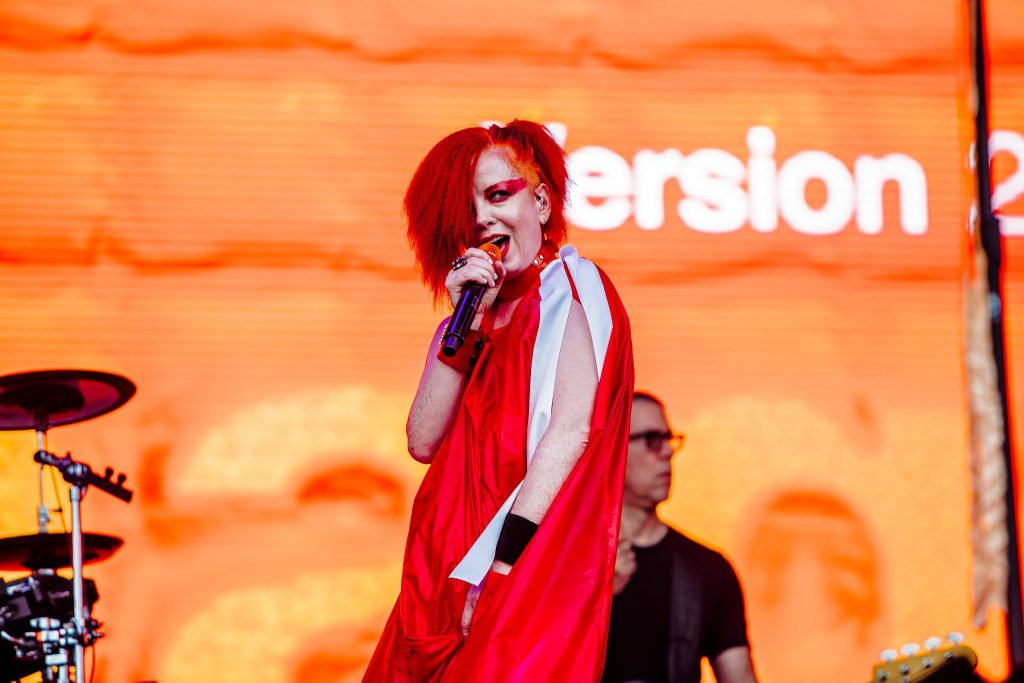 Ultimately, their pulsating set - armed with classics like 'Stupid Girl', 'I Think I'm Paranoid' and 'Only Happy When It Rains', which, of course, provokes the heavens to open - is cut short due to first night of the tour teething issues, but this is a worthy and welcome comeback.

A short time later on the same stage, the man Nile Rodgers gets his Chic on in what now feels like some kind of contractual obligation to Ireland itself.

It's easy to be cynical about this regular delivery of jovial disco, soul and R&B jams but even this writer won't argue with the back catalogue on display here.

'Get Lucky' gets the customary emotional intro as Rodgers recalls his cancer diagnosis and how he's now in good health and happy to be here in his "second home" before promising to write more songs now than he ever has in his lifetime, which honestly comes off like a very niche threat. 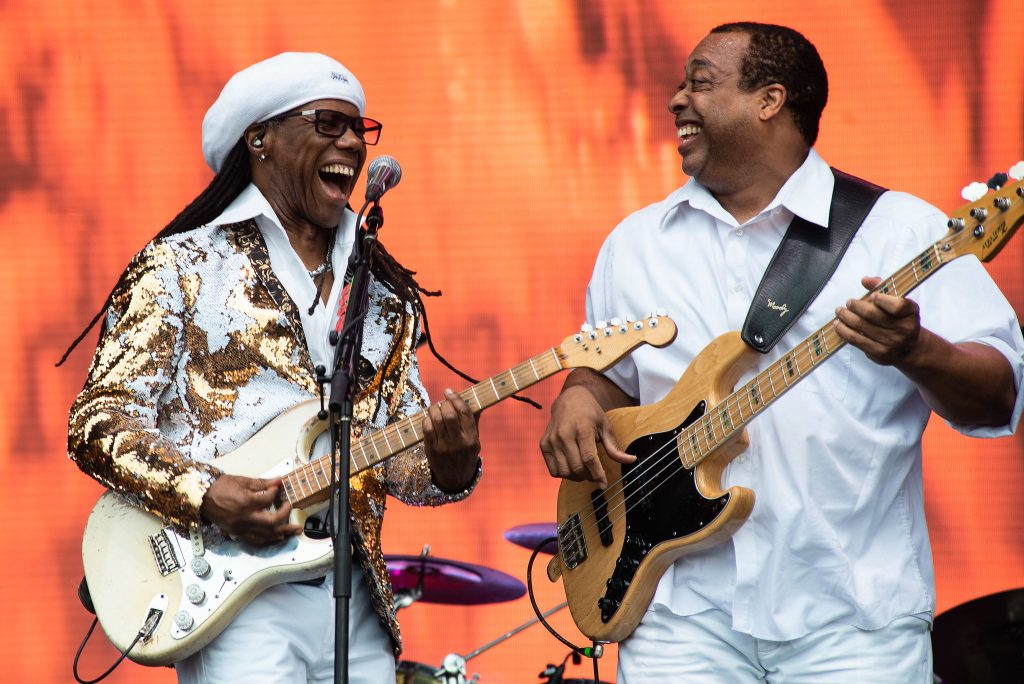 The raw, tectonic power of disco means that Benjamin Clementine, his stage lined with mannequins over at the Electric Arena, only draws a sparse audience.

Which is handy enough considering he packs it all in about 20 minutes into his set as technical issues strike and he notes that it's pointless playing if he can't hear himself.

Apologies offered, his grand piano is wheeled off stage - along with the mannequins - and that's that.

Finally, it is time for two other French guys from France to do their thing, as The Blaze emerge from a triangular video wall in Rankin's Wood and blow us all away.

If you're unfamiliar with the mysterious house/dance act, go and watch the astonishing video for last year's 'Territory' immediately and then come back. 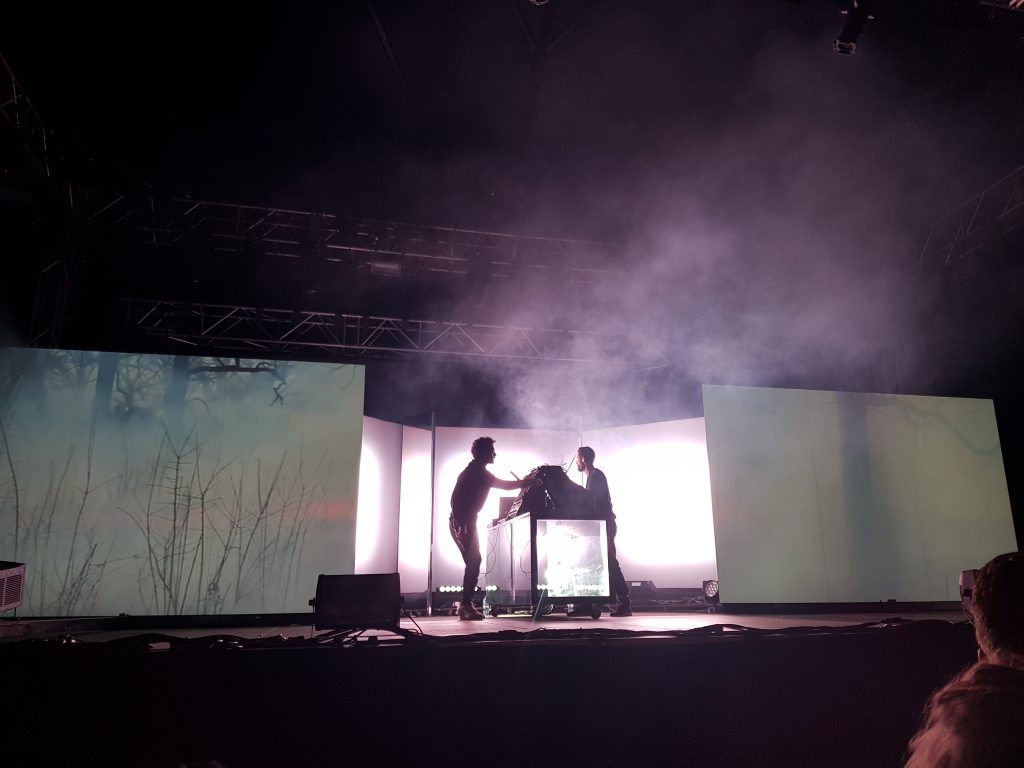 Masculinity is a major theme in the work of Guillaume and Jonathan Alric, two cousins who are mixing visual artistry with exceptional, vital, life-affirming music.

Their Irish debut proves every bit as stunning as you hope for it to, as a packed house surrenders to the pure emotion of it all, with 'Juvenile', 'Territory' and the concluding 'Faces' piercing through.

And hey, how many gigs have you ever seen that close off with end credits? 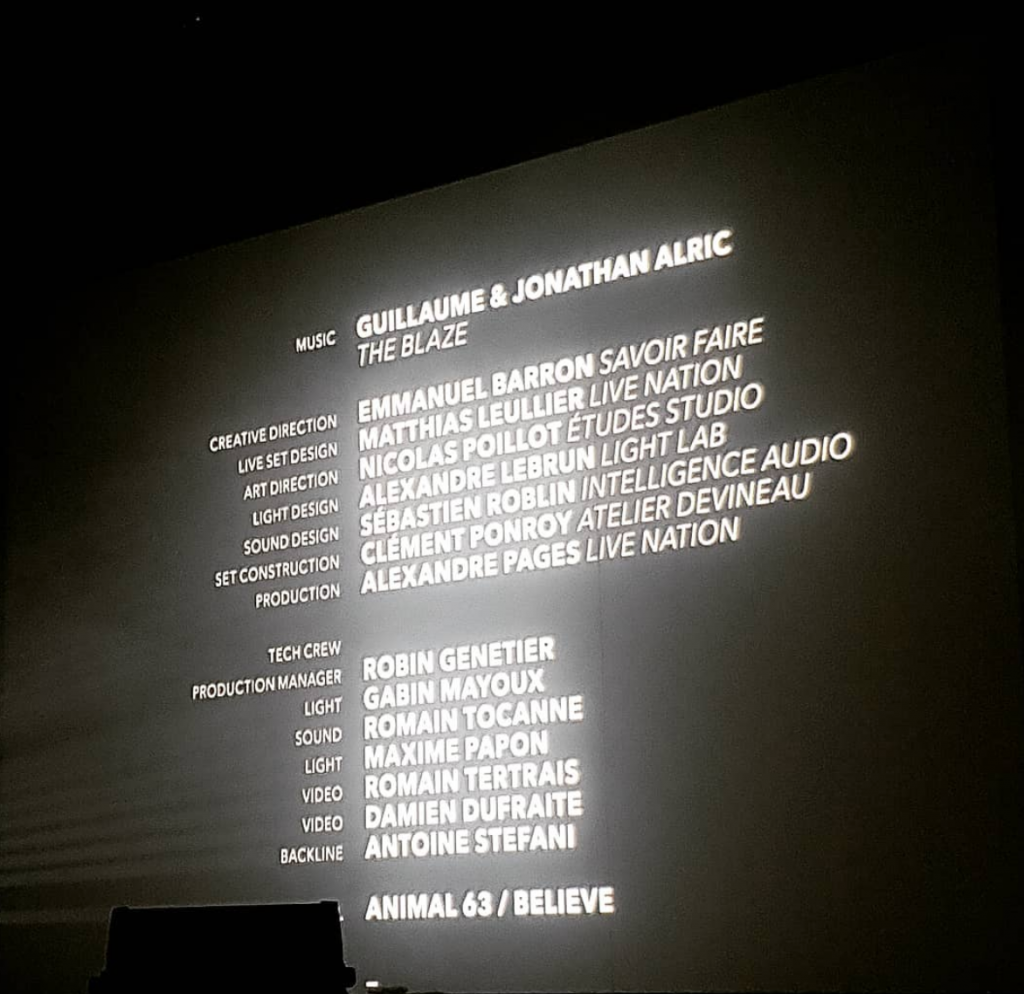 Moving through the main arena as Picture This enjoy a triumphant upgrade on their previous work here, one confused punter shouts, 'I thought this was Walking on Cars?', which tells its own story, really.

St. Vincent, meanwhile, treats the Electric Arena to her very own art installation in support of latest album Masseduction, giving Ellie Rowsell of Wolf Alice and Lizzie Fitzpatrick of Bitch Falcon a run for their money in the guitar heroics department.

Just a few paces away, Death Grips bring the loudest set of the entire weekend, so deafening that ear plugs are a must even when you're only at the midpoint of the Rankin's Wood tent.

It's left to The Prodigy to officially finish headline duties off, and they do so in style despite the inevitable clanger of greeting Dublin rather than Laois early doors.

Their recent material leaves quite a lot to be desired, but they remain a devastating force in the live arena with the likes of 'Voodoo People' in particular causing as much of a dizzying stir as it did all those years ago.

Electric Picnic itself still causes a stir, and an often overwhelming one. Critics will argue that it has lost something of its unique bespoke charm - and the argument is indeed valid - but it continues to adapt.

Dua Lipa's presence on Saturday night which resulted in the biggest crowd in festival history is one major success, as is the emergence of Versatile as serious homegrown contenders.

There's simply too much happening to get bored, and it would take some doing to leave the weekend behind without making significant discoveries.

Time will tell if Picnic becomes too great of a beast to control, but for now it's in good health.

popular
The JOE Friday Pub Quiz: Week 307
QUIZ: You'll need to be razor-sharp to get 100% in this General Knowledge Quiz
Salman Rushdie likely to lose an eye following stabbing in New York
A great underseen action thriller is among the movies on TV tonight
Event Horizon is the horror movie that proves that sometimes film critics get it very wrong
Disney+ has just added 10 big movies to its library
An exciting Irish crime thriller is among the movies on TV tonight
You may also like
11 months ago
'It wasn't very flattering' – Leo Varadkar breaks silence on festival photo fiasco
11 months ago
Leo Varadkar pictured at UK festival on same weekend Electric Picnic would have taken place
11 months ago
Arts Minister Catherine Martin exploring "all options" for Electric Picnic to take place
11 months ago
Laois County Council will not reconsider its Electric Picnic licence refusal
11 months ago
Electric Picnic organiser calls for festival to go ahead after CMO's comments
1 year ago
Belfast concert organiser "bitterly disappointed" by Electric Picnic decision
Next Page