Sarah Buckley has got us.

Sarah Buckley is a lady of immense talent. She's been gigging on the live circuit for some time now her debut single illustrates just what she has to offer.

Sarah has already been gigging extensively with support slots for Aine Cahill, Ham SandwicH, Mick Flannery and Cry Monster Cry. She has also packed in a whole host of festival appearances, including Electric Picnic and Vantastival amongst many more.

Hailing from Cork, but now based in Dublin, Sarah Buckley is a name we think we are going to hear a lot more of in the future. 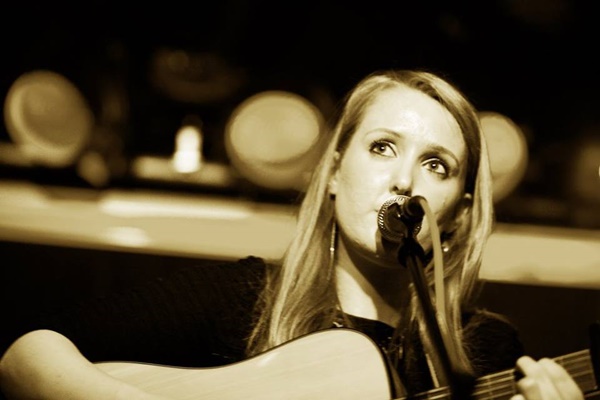 The single was produced by Karl Odlum (who has worked with Mic Christopher, Glen Hansard and David Keenan) and mastered by John Flynn, who worked with Björk on her album, 'Vulnicura'.

Sarah has a voice not a million miles away from the sadly departed Dolores O'Riordan in that she doesn't hide her accent and there is real honesty and heart about it.

END_OF_DOCUMENT_TOKEN_TO_BE_REPLACED

Earlier this year, Sarah's song was chosen as a semi-finalist in the International Songwriting Competition. Judges include Tom Waits and The Script and previous winners include Goyte, Bastille and Mick Flannery.

If you'd like to find out more about Sarah Buckley, check out her Facebook page right here.

Check out our JOE March Songs of the Day playlist on Spotify:


popular
Sinn Féin announce a series of public rallies to take place in five counties
QUIZ: How many of these Derry Girls characters can you name?
QUIZ: Can you name the Sega Mega Drive game from the screenshot?
Man dies following road collision in Clare
The JOE Friday Pub Quiz: Week 179
Met Éireann predicting snow this weekend and well into next week
Brendan Gleeson's upcoming performance as Donald Trump is 'scary' and 'too close for comfort'
You may also like
4 days ago
Foo Fighters are touring this summer and an Irish gig is looking very likely
2 weeks ago
Dublin venue to host a belting evening of non-stop Bruce Springsteen tunes this month
2 weeks ago
ABBA are hoping to release new music later this year
3 weeks ago
Gang of Four’s Andy Gill has died aged 64
3 weeks ago
Rage Against The Machine add two more dates to their 2020 reunion tour
3 weeks ago
Alicia Keys and Boyz II Men perform emotional tribute to Kobe Bryant at the opening of the Grammys
Next Page