Because not everything was great this year.

In fact, it wasn't the greatest of years in general on the music front.

After much deliberation, this critic has come to declare 2018 as an "alright, not bad" year for music - and culture in general, while we're on the subject - which is a fair upgrade from previously thinking it was outright poor.

Listing out the 20 best songs and 20 best albums of the year definitely helped the cause, but now, dearest reader, we simply must turn our attention to the bad stuff. 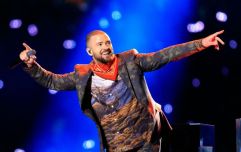 Justin Timberlake's career isn't over, but here's 5 reasons why maybe it should be

END_OF_DOCUMENT_TOKEN_TO_BE_REPLACED

An astonishing effort to kick us off.

Justin Timberlake attempted to split himself into two very different forms at the start of the year; one part futuristic pop (which he's been decent-to-great at before) and one part bro-country sensitive Good Old Boy type (which he should never try ever again).

'Filthy' sounded a difficult alarm upon its arrival on the first Friday of 2018 and despite one or two inventive flourishes, the song is a mess that registers as Taylor Swift 'Look What You Made Me Do' levels of awkward.

#9. Justin Timberlake | Every Other Single on Man of the Woods 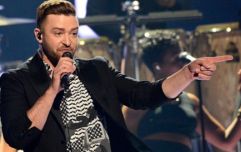 END_OF_DOCUMENT_TOKEN_TO_BE_REPLACED

Man of the Woods is comfortably the worst major album release of the year and the kind of career nadir that makes you question if the artist should call it a day.

There isn't a single acceptable tune on the thing, and so we see no other choice but to give JT special credit on this list.

Clip via Music by Blanks

Post Malone can be a fairly easy target and he certainly doesn't deserve this, for which the artist in question - 'Blanks', apparently - should probably serve prison time.

For the uninitiated, Poppy is essentially an art-pop project that plays around with the blur between artificial intelligence and reality.

Her music veers between sunshine radio-friendly wanderings and overproduced metal riffing, as 'Play Destroy' attests to.

It was probably only a matter of time before Grimes got roped in, but it's a shame to hear her stoop to this uninspired, stock level and that's coming from someone who often makes a case for the nu-metal genre.

A weekend in Guantanamo Bay would arguably be better for your overall health.

Back in 2017, it looked like Calvin Harris had suddenly gotten quite good.

His link-up with Frank Ocean and Migos was comfortably one of the best tunes of that calendar year, and the other star-studded singles that preceded his album were strong.

And then the album came out and it sucked and now he's back to generic dance numbers like his life depends on it. Speaking of...

And if this nightmare is the future of rock and roll, you can keep that, too.

Let's do some maths.

The song references listening to and singing and JAY-Z's '99 Problems', which arrived in 2003.

So is she a time traveller or what's the story? It's a head-scratcher and might be vaguely intriguing if the song itself wasn't such weak phoned-in rubbish.

One of the great events of 2018 was the World Cup. It mostly went off without a hitch, the leering spectre of violent hooliganism magically took the month off and the football was excellent for most of the competition.

Alas, those memories are forever tainted by Maroon 5 shilling for Hyundai every time the thing went to an ad break. Still, it could have been worse.

They could have been singing 'Girls Like You', a song that is barely a song at all, rather more like what robots think young people think sounds cool and wholesome and fun.

Trouble is, it's about as fun as a 12-hour root canal with no anaesthetic. All involved should be utterly ashamed, including Cardi B for picking up the easy featured artist cheque.

No wonder nobody wants to do the Super Bowl half time show with them.

popular
The JOE Friday Pub Quiz: Week 324
The "eighth best movie ever made" is among the movies on TV tonight
Irish woman selected for first civilian mission around the Moon
New country-wide weather warnings issued as temperatures set to drop to -6 this weekend
Mia Khalifa claims seaside town is better than Miami
15 years ago, one of the greatest scenes of the 21st century arrived in cinemas
Jennifer Lawrence sparks controversy by saying she was the first woman to lead an action movie
You may also like
3 weeks ago
15 years ago, the director of Donnie Darko destroyed his own career
1 year ago
WATCH: The makers of Framing Britney Spears have an even bigger cultural target for their next documentary
4 years ago
Justin Timberlake is releasing his first autobiography and the title is making us violently nauseous
4 years ago
Rejoice, for Justin Timberlake has invented a new game show
4 years ago
Forget Justin Timberlake, the ‘selfie kid’ was the real star of the Super Bowl half-time show
4 years ago
First reviews for Justin Timberlake's new album are a very mixed bag
Next Page