On Thursday morning, Dublin Airport announced that all flights would be suspended for safety reasons due to the confirmed sighting of a drone over the airfield.

All flight operations have since resumed, although there will also be some knock-on delays to a number of flights.

Dublin Airport have since released a statement in which they explained exactly what happened, in relation to the drone incident:

"Flight operations at Dublin Airport were suspended for safety reasons for a short period this morning following a confirmed drone sighting on the airfield.

"A pilot reported a drone sighting to the Irish Aviation Authority (IAA), which operates air traffic control at Dublin Airport, at about 11.30am.

"Very shortly afterwards, and having contacted other aircraft in the vicinity, the IAA suspended flight operations at Dublin Airport in line with agreed protocols for confirmed drone sightings. 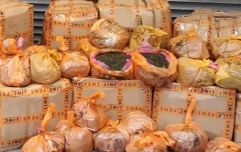 END_OF_DOCUMENT_TOKEN_TO_BE_REPLACED

"A 30-minute suspension of flights was implemented by air traffic control at that point, which is the agreed procedure in such cases. As there were no further drone sightings within the 30-minute suspension period, Dublin Airport resumed flight operations shortly after noon.

"The Gardai and other State agencies were informed of the incident immediately. It is illegal to fly drones within five kilometres of an airport in the State and all drones that weigh more than 1kg must be registered with the IAA.

"The safety and security of airport users is daa’s key priority at all times and staff at Dublin Airport, the IAA, and other agencies continue to remain vigilant in relation to drone activity in the vicinity of the airport.

"Three flights were diverted due the suspension of flight operations and there will also be some knock-on delays to flights today."