“I am appealing to our Dublin friends, please stay at home, for now. This is a life-and-death issue. You are putting lives at risk!”

North Wexford Sinn Féin Councillor Fionntán Ó Súilleabháin has issued a renewed appeal to visitors from outside the county, particularly from Dublin, not to travel to Wexford this weekend.

Ó Súilleabháin’s plea comes after reports of heavy traffic on the N11 Dublin to Wexford road on Wednesday evening despite instructions having been issued to the public by An Garda Síochána and Minister for Health Simon Harris to stay at home over the Easter weekend.

RTÉ presenter Des Cahill was one of a number of people to report heavy traffic on the N11 on Wednesday evening, posting a video on Twitter of a long line of vehicles in a single lane heading southbound and describing the scene as “shameful”.

7.30pm. Traffic is bumper to bumper on the N11 South, heading towards Wicklow & Wexford. Imagine the cost and time of Gardai used, in having to set up road checks, because some people cannot seem to bear respecting our #COVID19 travel restrictions. Shameful. pic.twitter.com/CHJBddE188

In a statement issued on Wednesday night, Sinn Féin Councillor Ó Súilleabháin described the traffic on the N11 as “chockablock” and pleaded with people who might have considered travelling to Wexford for the long weekend to stay at home.

"To our thousands of much-valued Dublin friends who love to travel to holiday homes and mobile homes along the North Wexford coastline every Easter weekend,” the statement read.

“Per head of population, Co. Wexford has been the most successful county in the state in terms of flattening the curve thus far.

“If you please observe HSE orders and hold off coming for a short while longer, this will actually help expedite your welcome arrival for the summer season. 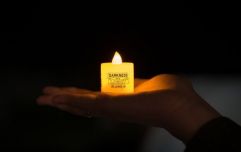 END_OF_DOCUMENT_TOKEN_TO_BE_REPLACED

“The authorities and the HSE have made this appeal this week. Unfortunately, judging by the traffic on the N11 and the influx into some villages today, this plea has fallen on deaf ears with some people.

“I am appealing to our Dublin friends, please stay at home, for now. This is a life-and-death issue. You are putting lives at risk!”

On Wednesday, An Garda Síochána announced details of Operation Fanacht, which will see checkpoints erected on a number of major routes throughout Ireland where Gardaí will be deployed to prevent non-essential travel.

Under the regulations, Gardaí will now be able to arrest and detain those found to be in breach of the regulations - such as travelling for non-essential purposes, or exercising outside of a two kilometre radius from one's home.

END_OF_DOCUMENT_TOKEN_TO_BE_REPLACED

Convictions on these charges can result in a maximum sentence of six months in prison and a fine of €2,500.

Speaking on RTÉ’s Prime Time on Tuesday night, Harris urged people to stay at home over the Easter weekend, saying: "We need to follow the public health advice, particularly as we come into what is traditionally a busy holiday weekend. There simply cannot be one this weekend."