'They'd better have a red button for Dan Leavy versus David Pocock!'

That was the take of The Hard Yards team as they anticipated Ireland pitching Leinster flanker Dan Leavy into a fearsome breakdown battle with Australian poacher-supreme David Pocock.

The Wallabies flanker made light work of Ireland at the breakdown in the First Test and Joe Schmidt has counter-acted that by bringing in Devin Toner and Dan Leavy for the second helping, in Melbourne.

Former Ireland internationals Kevin McLaughlin and James Downey discussed Leavy vs. Pocock [from 23:30 below] and Ronan O'Gara has pitched in on the matter, in his Examiner column, with a brilliant observation. 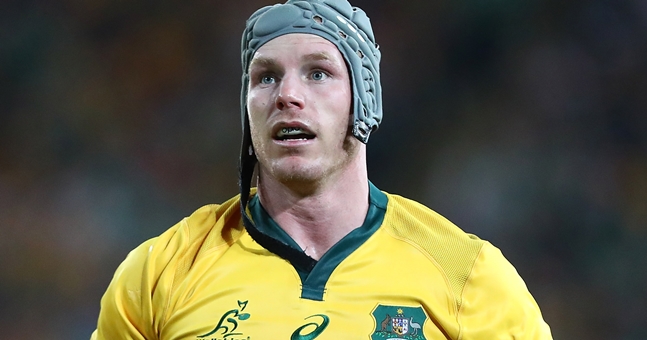 O'Gara is looking forward to the battle of the No.7's as much as the rest of us, and says a wise head could make a lot of money selling tickets to that alone. He remarked:

'Dan Leavy has a face you don’t want to argue with. Every crease, crevice, and scar speaks of a personality which doesn’t take a backward step, neither physically or metaphorically.' 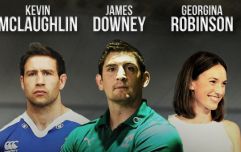 END_OF_DOCUMENT_TOKEN_TO_BE_REPLACED

McLaughlin spent much of his career, with Leinster and Ireland, at the breakdown coal-face. He was in awe of Pocock's stunning return to Test rugby after 18 months away. "It was pretty incredible but, you know what, he's generally illegal," he says.

"Looking back at his approach and the way he actually makes his poaches... he actually has this ability to fall with the tackled player, attach to the tackled player. Doesn't release, gets straight back up and he never really releases the tackled player. He has such a low centre of gravity and huge upper-body strength. He latches on with his arms and uses his arms to leverage him up, and he gets his hips up in the air. He paints a really nice picture for the referee."

"And he isn't always actually going for the ball. Sometimes he is just blocking the ball in. So it looks like he is trying to get the ball but he's in a really nice position and it is next to impossible to clean him out. Because he falls with the tackled player and there is no release, it is very hard for the referee."

Jordi Murphy may have taken the fall for being unable to quell Pocock and Wallabies captain David Pocock at the breakdown but Ireland will be well aware that a collective effort is required.

Still, having a formidable, young man like Leavy in-situ will be a massive help. It should be a fascinating watch.

popular
QUIZ: Test your knowledge with this Ultimate Friends Character Quiz
House Of The Dragon is already better than Game Of Thrones
The 50 most iconic songs of all time* have been revealed
Amazon Prime Video has just added 20 very big movies to its library
Details of cash payments and Christmas bonus outlined in Sinn Féin’s alternative budget
Why Bran Stark is the true villain of Game of Thrones
A brilliant psychological thriller is among the movies on TV tonight
You may also like
4 days ago
Children under 16 can now stay in public hospitals for free
1 week ago
QUIZ: Name the counties where these Irish towns are located
1 week ago
250,000 women can get free contraception in Ireland from today
2 weeks ago
President leads tributes from Irish leaders following death of Queen Elizabeth II
3 weeks ago
Take a Hike: Galtymore and Cush Mountain Loop
3 weeks ago
New Irish website helps customers find cheapest flights to anywhere in the world
Next Page