After 7 games, we pick the 7 best players in the Premier League so far

After the goal glut against Gibraltar and the late drama and joy in Gelsenkirchen, the mind must now return to the day-to-day of the Premier League.

With that in mind, we've compiled a list of the Premier League seven best players after seven games of the season. Granted there are still 31 games left to play this season but it's as good a time as any to reflect on the opening weeks and the players we've most enjoyed watching.

JOE's top 7 players in the Premier League so far this season...

END_OF_DOCUMENT_TOKEN_TO_BE_REPLACED

Only one place to start.

You could never exactly describe Costa as a joy to watch, but how could we leave him out after he scored nine goals in his opening seven Premier League games?

Witness the win over Arsenal - the Spanish Brazilian, or Brazilian Spaniard, had done the square root of f**k all until the closing minutes, when he latched on to Cesc Fabregas' delightful lofted pass and lobbed the ball over Wojciech Szczesny.

Such has been the pattern with Costa, by far the deadliest striker in the league who has found the style of football most suited to the way he plays. For the first time since Didier Drogba's first spell at the club, Chelsea have a striker.

There's something about grizzled Scottish managers that brings out the best in the affable youngster. 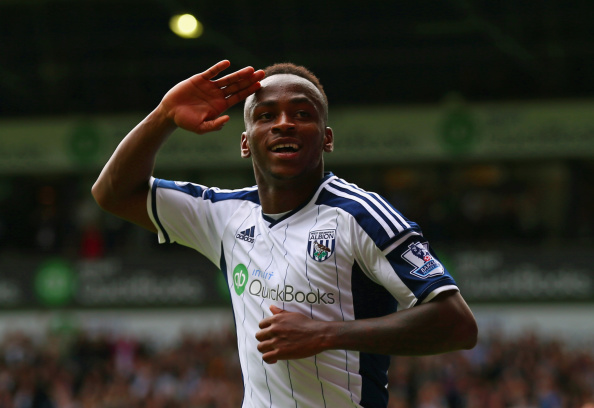 END_OF_DOCUMENT_TOKEN_TO_BE_REPLACED

Having first broken into the West Brom first team and impressed under Steve Clarke, Berahino went missing once Pepe Mel came in for four ineffective months but has been the star of the side under Alan Irvine.

There has even been talk of an England call-up for the 21-year-old, born in Burundi, who has as many goals so far in the top flight as Sergio Aguero (5).

Expect talk of a move in January, and an actual move to an Arsenal or Liverpool in the summer.

END_OF_DOCUMENT_TOKEN_TO_BE_REPLACED

A call-up to Roy Hodgson's England squad is the least the young full-back has deserved, given his superb form in the Saints' back-line this season.

Clyne made his name at Crystal Palace before sealing a move to Southampton two years ago.

If he was overshadowed last year by the likes of Calum Chambers and Luke Shaw, this year Clyne has come into his own and is part of a Saints side that overcame the loss of several key players to climb to second in the table behind Chelsea before the weekend defeat to Tottenham.

Seven assists so far, almost as many managers as neighbours Watford have had since August.

Fabregas has been exceptional.

You get the feeling that, while Catalunya may be the 27-year-old's actual home, his footballing home is clearly London and it's like he has never been away from the Premier League. The range of passing, the slowing down of play, the sheer composure of the man makes him the outstanding player in the league so far this season. 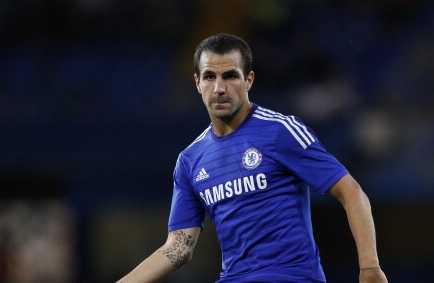 With Xavi not getting any younger, the decision to let him leave Barcelona just looks curiouser and curiouser.

How ye, and we, scoffed when Leicester City paid a club record £8m to Brighton for the journeyman Argentine striker.

Leicester sit in a not unhealthy 12th place in the league, just one point behind both Liverpool and Arsenal, and they largely have the 28-year-old's five goals to thank as he has made a fine start to life in the top flight.

Looking at Ulloa's record, it shouldn't really surprise anyone as he has been prolific wherever he has gone. Much more of this and he'll be looking at a Rickie Lambert-style move to a top six club in a season or two.

Noble has quietly gone about being the best unsung player in the Premier League this season. With a passing accuracy of 87% before he picked up an injury against Liverpool, the 27-year-old was surprisingly overlooked in favour of Swansea midfielder Jonjo Shelvey for Roy Hodgson's England squad.

There is still no indication that Noble is finally prepared to declare for Ireland.

The Londoner has never made any secret of his desire to play for the country of his birth and the fact that he's always in the top five tacklers in the top flight make his omission by Hodgson all the more ludicrous.

Noble has been central to West Ham's fine start to the season.

Di Maria wears the No.7 shirt well at Old Trafford and his lob against Leicester City - before it all went horribly wrong - is one of the goals of the season so far. 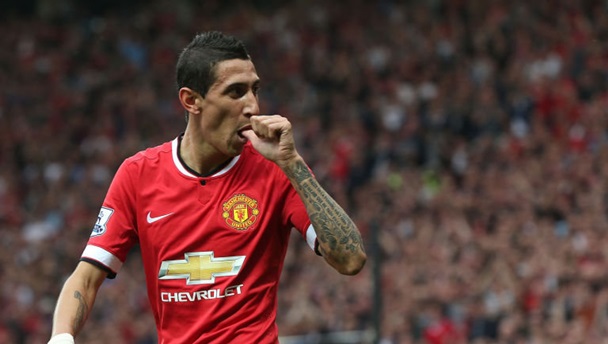 It's not just about the goals either, it's the range of passing - even his mishit shots have led to two United goals in recent games.

Di Maria has had more touches than any player on the field both times he has completed 90 minutes for his new club, and is constantly looking to get on the ball. His play has been inspired and it could be that the most expensive Premier League import turns out to be a bargain.

He's been a joy to watch.

House of Rugby Ireland · Quinn Roux on finding a home in Ireland and Mike McCarthy brings the absolute HEAT!
popular
The JOE Movie Quiz: Week 85
QUIZ: Name all the countries of the EU that contain 2 vowels or less
QUIZ: Can you name the Marvel Cinematic Universe film from just a single screen shot?
Recall of Pedigree dog food over safety concerns
QUIZ: Can you correctly identify these European country flags?
QUIZ: Can you guess the drink from its can?
The 50 most iconic songs of all time* have been revealed
You may also like
3 days ago
A documentary about Pelé is coming to Netflix next month
5 days ago
Mum's anger at state of £30 free school meals package in the UK
2 weeks ago
UK records highest daily total of new Covid-19 cases
1 month ago
EA Sports respond to 'baseless' lawsuit over alleged scripting in FIFA 21
1 month ago
Jurgen Klopp argues with BT Sport interviewer over kick off times
1 month ago
Lions star on Daniel Craig's post-match gift, worthy of 007 himself
Next Page