We need to know more about that night in Niagara Falls…

Two years have passed since the first GAA club abroad featured in our Around the World in 80 Clubs series and having been conspicuous by its absence, three clubs from the great city of Toronto have turned up pretty much all at once.

In the last few months, we've had an insight into Na Piarsaigh CLG and St. Pat’s Canadians and now it’s the turn of Toronto Gaels, who happen to be celebrating their 30th anniversary this year. 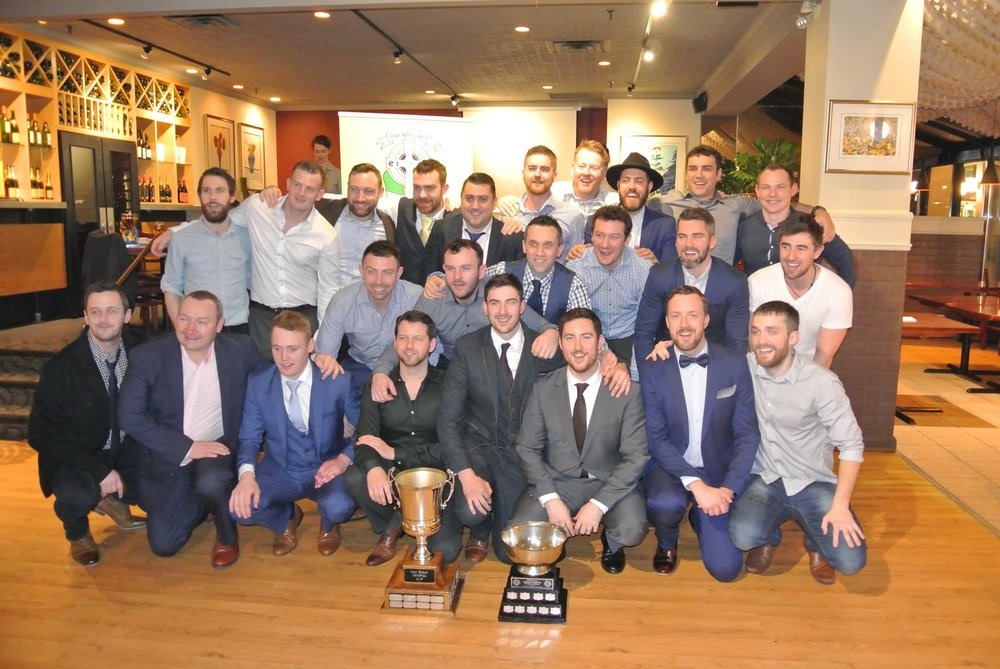 END_OF_DOCUMENT_TOKEN_TO_BE_REPLACED

Club chairman Shane Watters got in touch to give us a lowdown on life in the Gaels dressing room, including more romances than he cares to name, a fairly hectic social scene and what it was like to lose a game in the most novel manner perhaps ever seen in the history of the GAA.

Number of members: 50+. We’ve booked a 40-man suite for an upcoming Toronto Maple Leafs game; it will be a riot.

Biggest representation from a club/county in Ireland: Leitrim or Cavan Gaels. 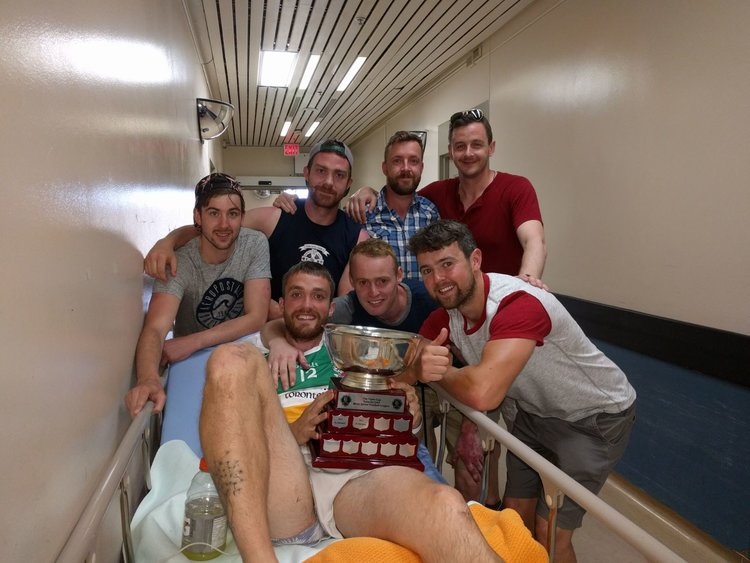 END_OF_DOCUMENT_TOKEN_TO_BE_REPLACED

Most eye-catching scoreline in the club’s history: Losing the 2017 championship final on a 45 shootout!

END_OF_DOCUMENT_TOKEN_TO_BE_REPLACED

Player who makes the longest commute to training: John Grennan comes all the way from Oakville but when you’re the boss, you can leave work whenever you like.

Most dedicated club person: Keith Barry, hands down. He’s our club treasurer the last couple of years but he does everything. He looks after the website and our social media and he even helped set up the Clan na nGael hurling team in Toronto.

Without him we would be lost. He’s our unsung hero.

Player who could have made it big if love/career/drink didn’t get in the way: The Badger, Enda McHugh. A combination of love, career and drink got in the way (not in that order!).

We’re glad it did because he’s been our leader the last few years. Rusty is mostly to blame. 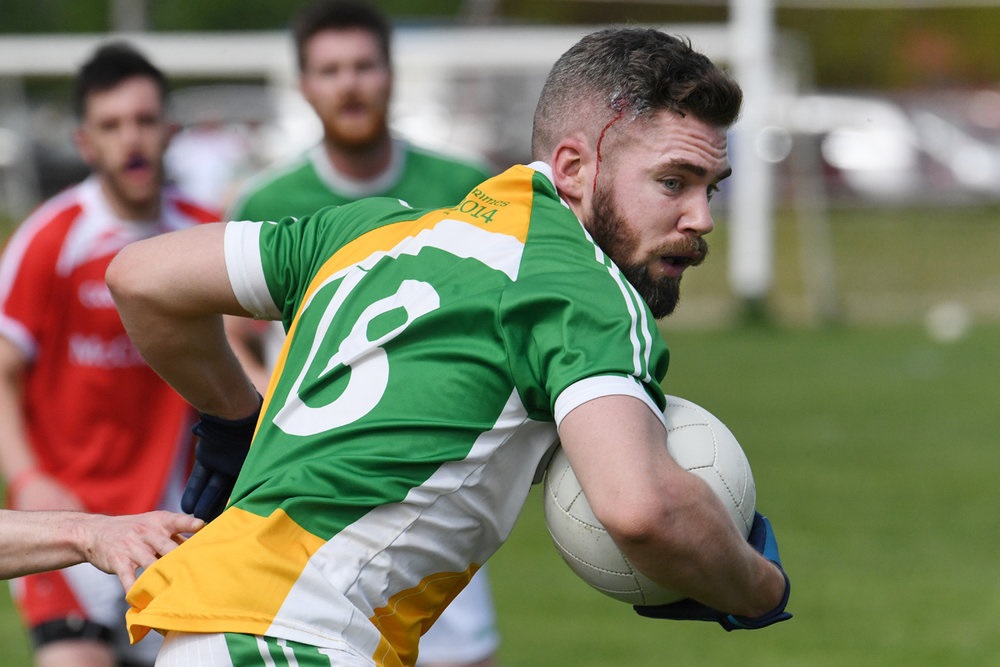 Number of romances that started in the GAA club (feel free to name names): This will take us all day so we will stay away from this one... or maybe not.

Most annoying person in the club WhatsApp group: Brian O’Callaghan, AKA BOC or Bart.

The man from Belleeks club in Armagh, you can’t shut him up. He’s always “typing”. We’re convinced he doesn’t work at all. The Monday struggle is real.

Best story involving a club member that’s fit for print: Wow, there are too many…

We have an annual ice fishing trip and a day at the races which always ends with some epic stories, but one that stands out is maybe the time we drove down to New York to play Buffalo and stayed down for a night out in Niagara Falls. 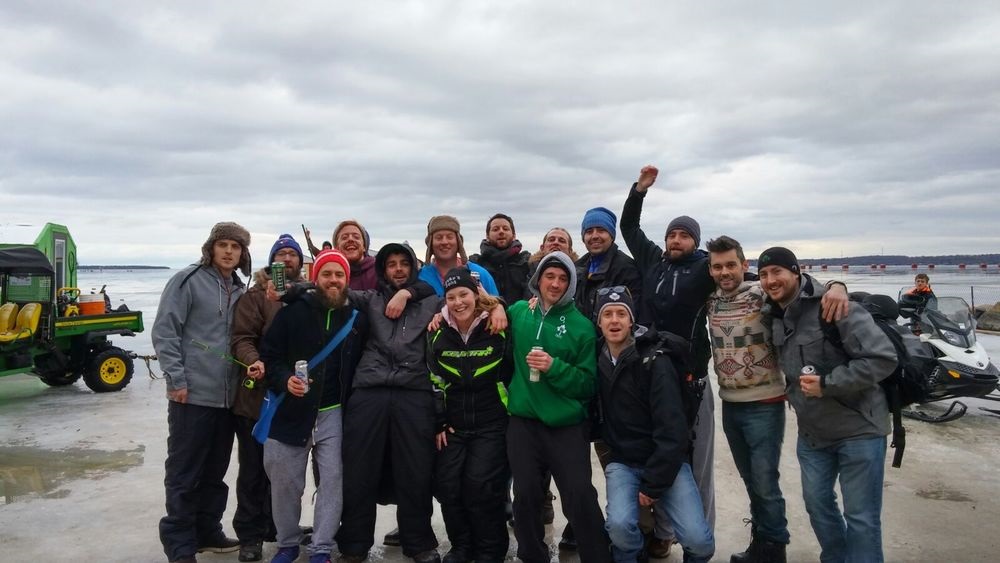 The next morning, a group of us met for the cure before heading back up the road to the Galway Arms pub in Toronto. When we were ready to hit the road, it turned out there was only one car (a flat-bed jeep or ‘truck’) and eight lads left, with two of the lads having to lay down in the back of the truck the whole way up the road, a two-hour journey.

The funniest thing about it was the look on the faces of the Chinese tourists on a Niagara Falls tour bus when they saw us throwing two lads into the boot and spinning off like we had abducted them!

The Big Reviewski || JOE · The Big Reviewski with Ray Liotta, Goodfellas facts & Tom Hanks making us cry
popular
EU lorry drivers vow not to help UK get “out of the s**t they created themselves”
Netflix has just added arguably the very worst movie of the last decade
Energy supplies in Ireland entering "very tight situation", says Eamon Ryan
Four major employers join forces to create Ireland’s first remote working alliance
Here’s what graduates from Irish colleges can expect to earn in the workplace
Up to 90% of petrol stations in the UK have run dry
Gardaí appealing for witnesses after body of man in his 20s found in Dublin's Grand Canal
You may also like
11 months ago
Post-match celebrations and a lack of social distancing at certain events put club game on hold
11 months ago
Cork GAA pleads with clubs and supporters “not to engage in celebrations that breach current guidelines”
1 year ago
What's the Bronco test and why it may come up in conversation this week
1 year ago
The Andy Moran GAA Isolation Workout
1 year ago
SuperValu, Centra and the GAA team up on initiative to support elderly people
1 year ago
Meath GAA club confirm adult player has tested positive for coronavirus
Next Page