We're going to kick off our look at Brazil's finest bands with Cansei de Ser Sexy or CSS as they're better know on these shores...

END_OF_DOCUMENT_TOKEN_TO_BE_REPLACED

CSS are a group of singers and musicians from Sao Paolo in Brazil that have been together since 2003. Their music falls into the bracket of "nu-rave" or as normal people might say "electro-dance-pop."

They really appeared on the radar of music fans in this part of the world when they signed with the SubPop label in 2006 which subsequently saw the release first of their first album 'Cansei de Ser Sexy' in 2007. That album is brilliant, JOE cannot describe was it was like to hear that for the first time, it was so different to anything we'd heard at the time. The mix of dance, punk, rave, electro and pop just worked perfectly and this was one of the big singles from that release...

The success of that album was huge for the band as they were booked for pretty much every festival on the planet and some of their singles were used in adverts for the likes Apple, FIFA and Microsoft.

END_OF_DOCUMENT_TOKEN_TO_BE_REPLACED

The band spent the next two years touring and recording and they got around to releasing their second album 'Donkey' in 2008. Following up 'Cansei de Ser Sexy' was always going to be hard and 'Donkey' pretty much bombed although people in Ireland were still kind of interested, as it debuted in the charts at No. 37 but it was pretty much downhill from there. 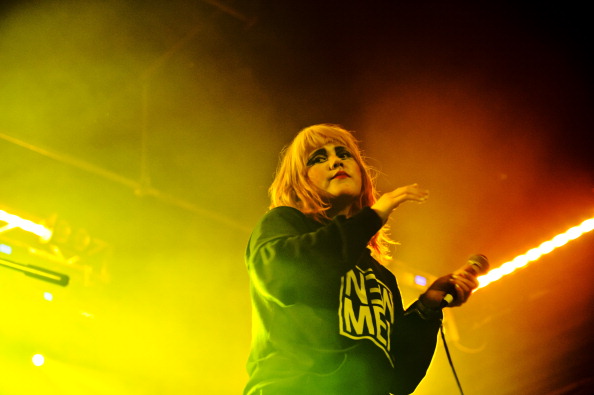 By the time 'Donkey' limped into obscurity the band line-up had changed quite a bit but the driving force Lovefoxx (above) was still centre stage and rocking it. Despite the lack of huge commercial success they were still firm festival favourite so they were still bringing their unique sound around the globe.

CSS's next release was 'La Liberacion' in 2011 and again they didn't quite hit the heights of their debut album but this absolute gem is the second song on record...

END_OF_DOCUMENT_TOKEN_TO_BE_REPLACED

The latest album the band released was 'Planta' last year and it's fair to say it didn't set the world alight. NME probably summed it up best when they wrote "only rare glimpses of sexy on an album that mostly just feels tired" and sadly we have to agree.

The thing is if CSS played anywhere in Ireland tomorrow, JOE would be there in a heartbeat. That first album is just amazing and if you're having a house party this summer, you could to a lot worse things than finding it on Spotify and pressing play.