As part of JOE's Start-Up series, we talk with James Murphy of Impact Gumshields.

The company, co-founded by Gary Brown, may only be two years old, but Impact Gumshields already has a strong connection with Irish rugby, providing gumshields for players like Ian Madigan, Jamie Heaslip and Rob Kearney.

So James, what is Impact Gumshields all about?

Impact Gumshields is about providing dental custom fit gumshields which give players of contact sports the optimal protection, comfort and fit for their teeth, whilst not affecting their sporting performance in anyway. It doesn't interfere with breathing or speaking.

Teams and individuals can order our gumshields in two ways:

How did the business start and what inspired you to go on your own?

The inspiration came from myself and Gary's sport-playing days, particularly rugby. We played with Leinster for eight years and always found the cheaper shop-bought mouth guards a terrible fit, offering little to no protection.

On the other hand, the custom fit gumshields we would get from our dentist were great, but we found them to be very expensive.

So, our thinking was we could provide custom-fit gumshields in a better, quicker and more cost-efficient manner. We did just that and Impact Gumshields was born. 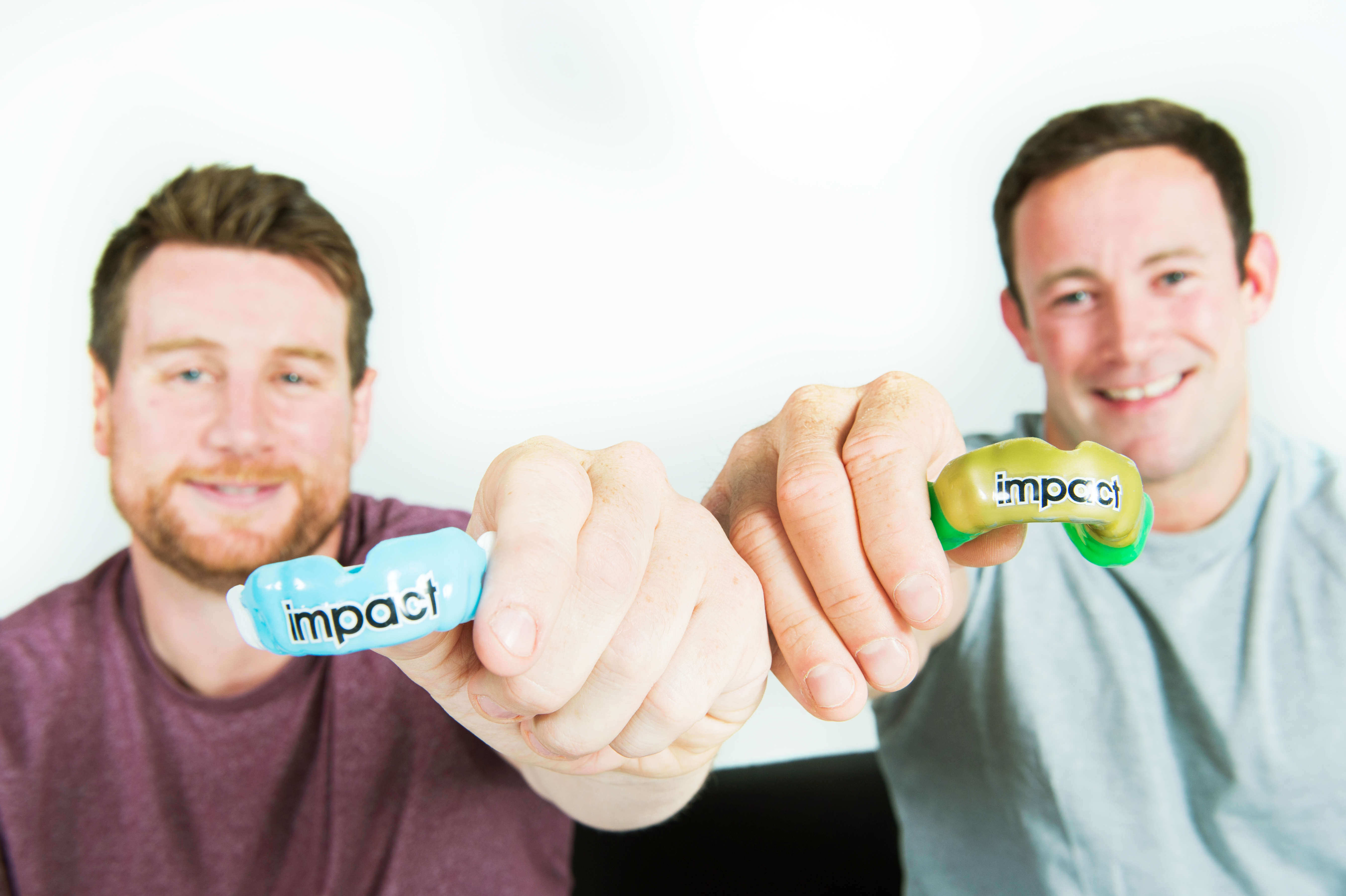 The sports health industry is quite a crowded market, but just how competitive have you found it?

I certainly would agree with that! When it comes to sports equipment and gumshields in particular you are not only competing with other shop-bought brands, you are also competing with the all the well-known sporting brands of the world.

So we have found it extremely competitive in the world of sports/health industry to get our brand out there, we definitely try to be different, to get noticed and be heard.

Also, when you have zero marketing budget you have got to be clever with how you get your brand out there and a lack of money always helps you to do that, to think outside the box!

How has business been?

Business is great now, and we have just had our busiest month ever.

However, I don’t want to give the impression that everything has gone swimmingly since we started. There has been some dark days, when you question why you are doing it, is it worth it, will I ever have a proper wage again?

But, if you really believe in your product/brand you just have to stick with it and believe there is light at the end of that tunnel, which is what we are starting to see now and we're thrilled.

Tell us about your relationship with the Irish rugby team.

Well, Gary is a former professional rugby player, so we were very lucky in that we had direct access to some of the players in the Leinster set-up, such as Ian Madigan, who was our first ever user.

We asked him to road-test the gumshield. Luckily for us he loved it and mentioned it to a couple of his teammates in the Leinster squad, and it grew from there. 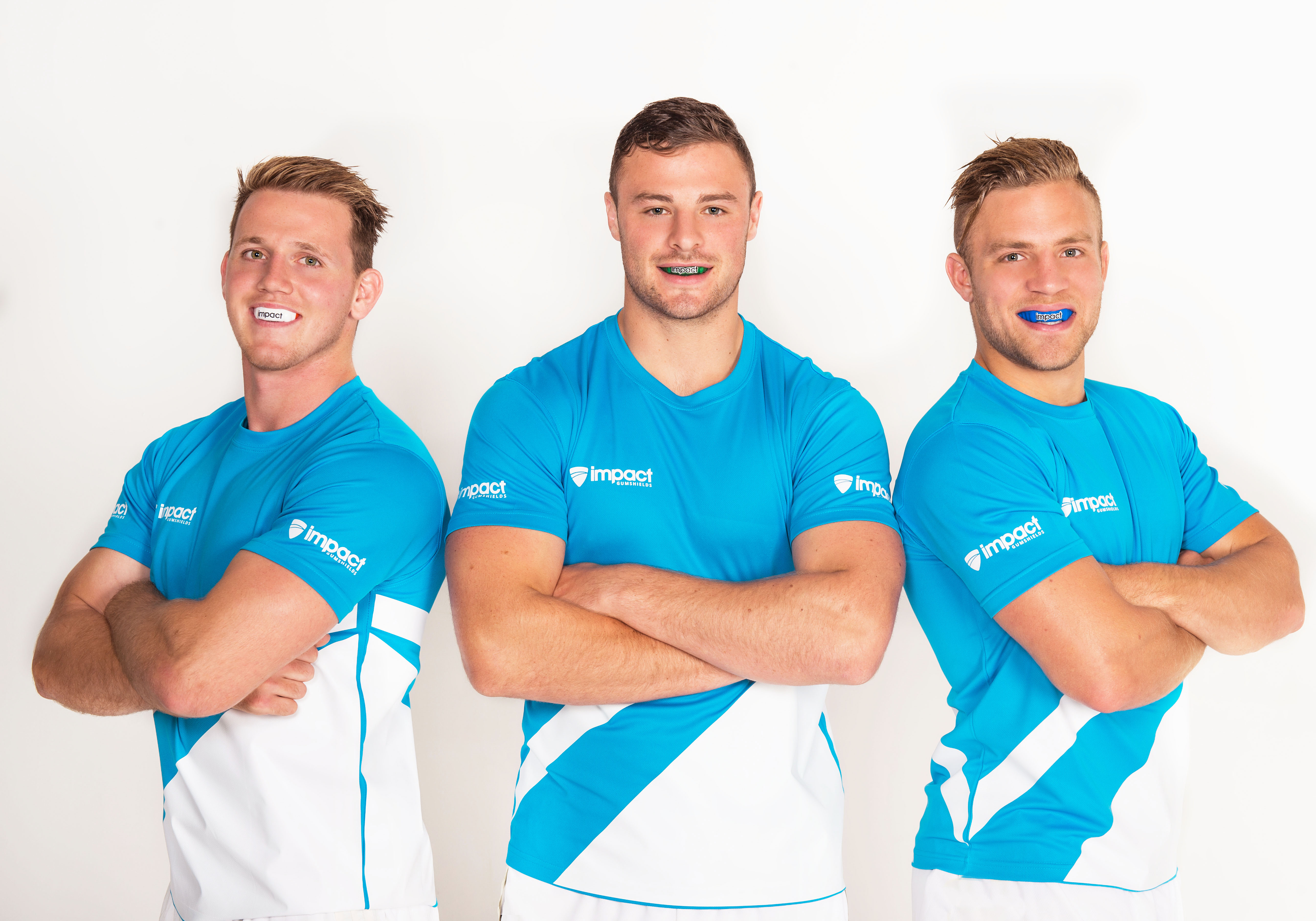 We then had a few guys who were willing to try out the product, such as; Fergus McFadden, Rob Kearney, Dave Kearney, Brendan Macken and Jordi Murphy, and again they really liked our gumshields.

This led to Munster Rugby and the Rugby World Cup getting in contact. Now, we have most of the Irish team wearing our gumshields and we are the official suppliers to Munster Rugby.

That's absolutely brilliant. Finally, what does the future have in store for Impact Gumshields?

Well, we want to cement our position in the Irish market and get into the GAA market and gain a strong foothold there.

We will also be launching a new website in the next month, where people will also be able to buy custom fit night guards, retainers and whitening trays. 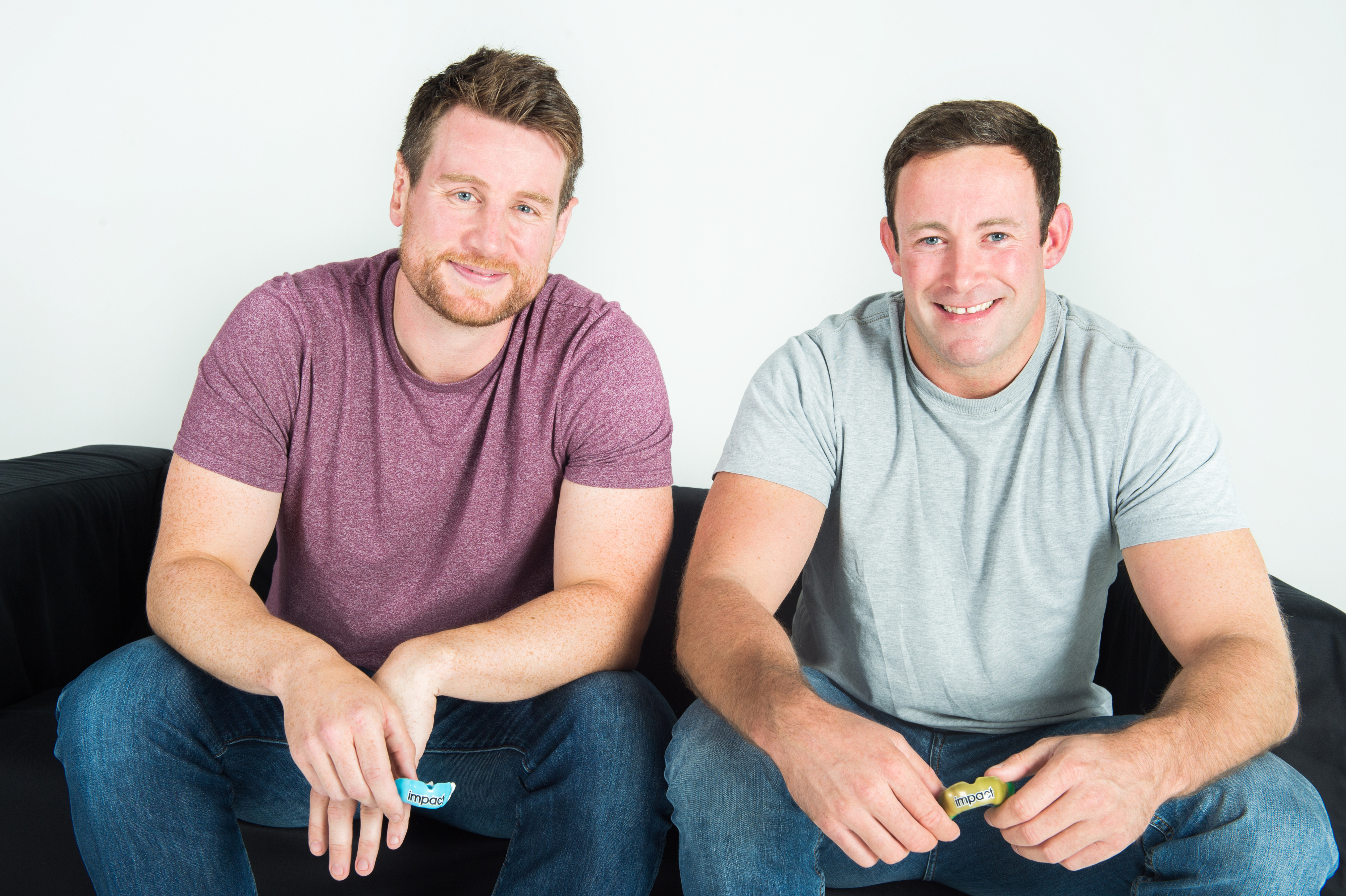 Last but not least, we are also developing some very cool 3D technology printing, which we think will completely flip this industry on its head!

popular
Met Éireann issues weather warning for three counties
QUIZ: Take your very best shot in this tough General Knowledge Quiz
An underrated Jason Statham thriller is among the movies on TV tonight
QUIZ: Can you conquer this delightfully difficult General Knowledge Quiz?
The JOE Movie Quiz: Week 160
The 50 most iconic songs of all time* have been revealed
QUIZ: Can you name all of these countries just from one of their cities?
You may also like
3 years ago
This Dublin flooring company is looking for your entrepreneurial ideas
5 years ago
Four Irish entrepreneurs share the secrets of their success
7 years ago
Your vote could help this Irishman win €205K & pitch his business to Richard Branson
7 years ago
Video: Social Media specialist Felicity McCarthy gives us her Top Tips for start-ups
7 years ago
JOE meets the Irish start-up feeding healthy meals to busy Dubliners
7 years ago
5 signs that you should quit your job and create your own start-up
Next Page