A major development in the health world.

A proposed vaccination for the sexually transmitted infection chlamydia is the first of its kind to enter human trials, according to The Lancet medical journal.

Chlamydia is the most common STI despite screening and effective treatment being available. In 2016, there were 6,893 confirmed instances of the disease across Ireland.

The drug has passed initial safety tests, but is now expected to spend years in development.

Speaking to the BBC, Professor Robin Shattock of Imperial College London, said: "The findings are encouraging as they show the vaccine is safe and produces the type of immune response that could potentially protect against chlamydia.

"The next step is to take the vaccine forward to further trials, but until that's done, we won't know whether it is truly protective or not. 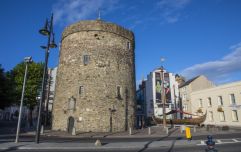 END_OF_DOCUMENT_TOKEN_TO_BE_REPLACED

"We hope to start the next phase of testing in the next year to two. If those trials go well we might have a vaccine that can be rolled out in around five years."

According to the HSE, the infection can lead to epididymo-orchitis in males. It can also lead to pelvic inflammatory disease in females. PID is associated with an increased risk of tubal factor infertility, ectopic pregnancy and chronic pelvic pain.