PIC: Irish couple set An Post a challenge from the ‘end of the world’; they passed with flying colours

The ability of An Post to deliver mail to the correct recipients despite lacking some fairly vital information is legendary at this stage.

Kerry GAA legend and controversial pundit Pat Spillane, for example, often tells a story about receiving a letter at his home addressed simply, ‘Pat the Bollocks, Co. Kerry’ that was sent to him from Northern Ireland.

END_OF_DOCUMENT_TOKEN_TO_BE_REPLACED

That specific instance of the efficiency of An Post takes some topping, but we reckon that an example sent our way by JOE reader Alannah Gauld is even better.

Alannah tells us that herself and her partner Hugh sent a postcard a couple of months’ back from Ushuaia in Argentina – commonly regarded as the southernmost city in the world and often referred to as ‘the end of the world’ – writing only ‘Bríd and Seamus, Mallow, Ireland’ in the address box.

Just in case you’re unaware of how far apart the two places are, the fact that they don't even fit on the same page on Google Maps should give you a fair idea... 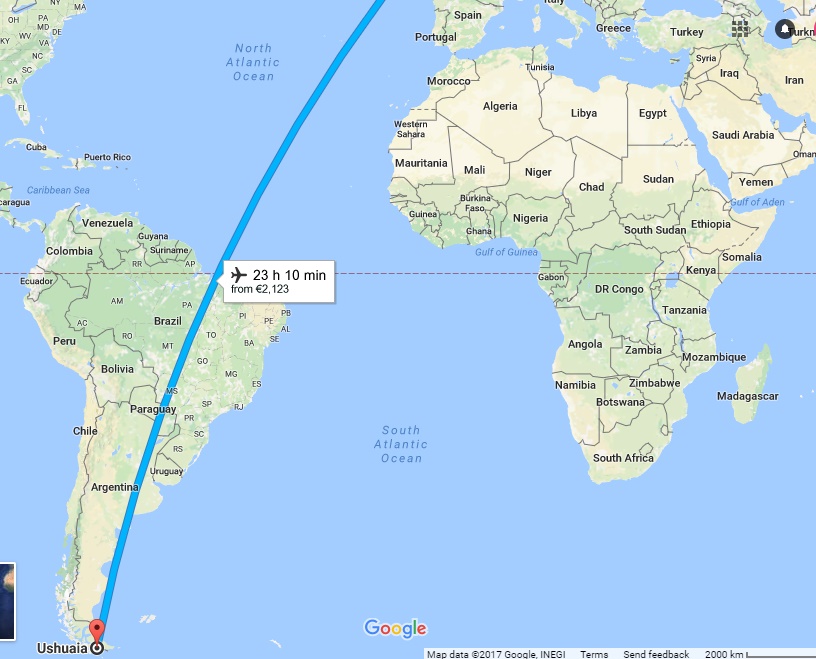 The postcard was sent by Hugh and Alannah not to update Bríd and Seamus on their travels, but explicitly as a challenge to An Post to deliver it to the right address.

On Wednesday morning, Alannah and Hugh received the picture below to confirm that An Post had justified the couple’s faith in them and completed the challenge with flying colours. 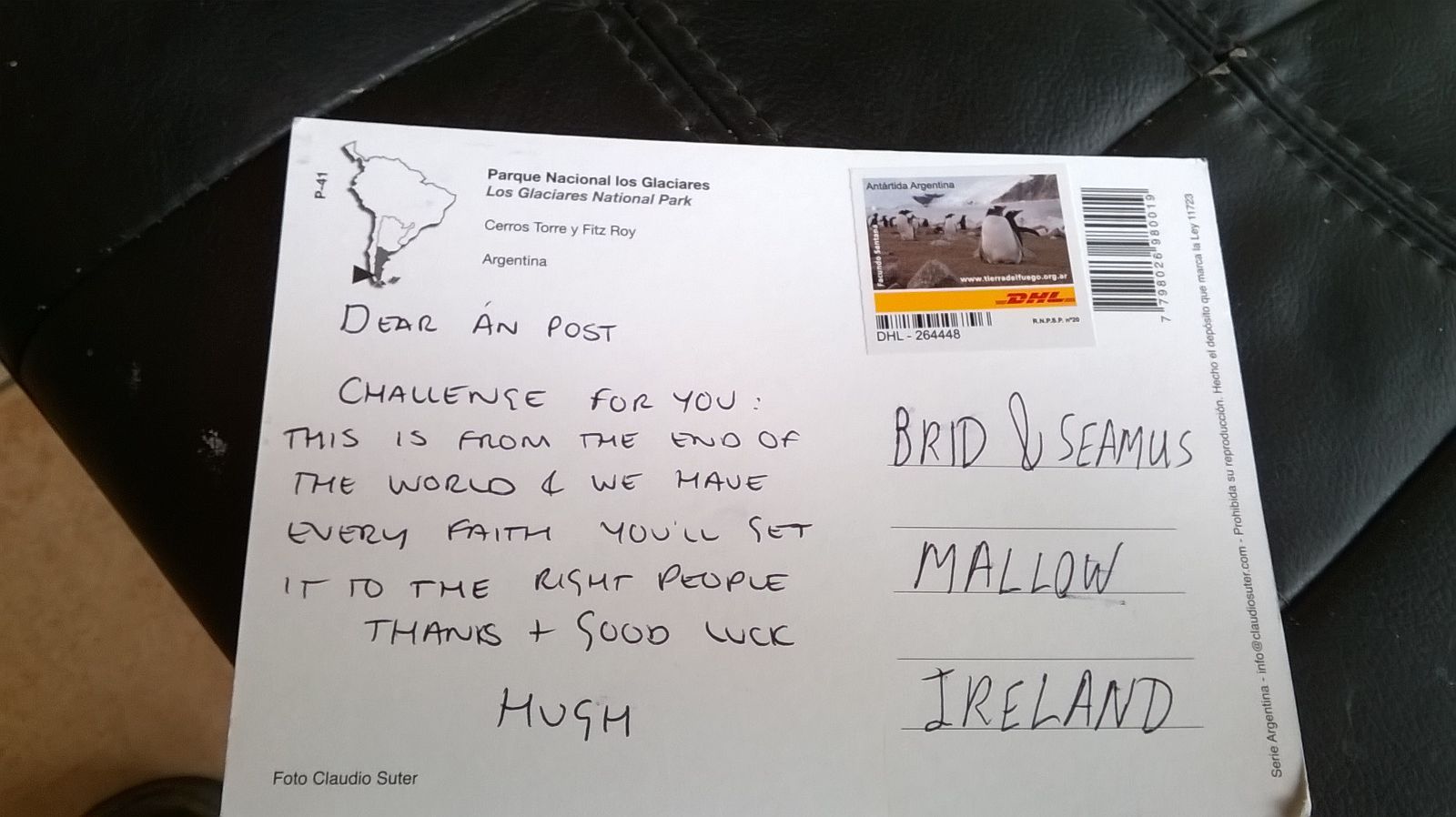 popular
One of Keanu Reeves' best movies has just been added to Netflix
The 50 most iconic songs of all time* have been revealed
Just in time for Christmas, all eight Harry Potter movies are now available to stream at home
QUIZ: Can you get full marks in this General Knowledge Quiz?
QUIZ: Can you get 20/20 in this desperately tricky capital cities quiz?
The JOE Friday Pub Quiz: Week 272
QUIZ: Name the country for each of these non-capital cities
You may also like
1 month ago
Make "No Bones" about it - this dog has taken over TikTok
2 months ago
"Only in Dublin" - Viral clip sees three men remove sofa from window with sweeping brushes
2 months ago
Clothing store selling €85 costume inspired by viral Bernie Sanders meme
2 months ago
BBC reporter Phil McCann responds after going viral
2 months ago
Garth Brooks might be returning to Ireland, and people have a lot to say about it
3 months ago
Kids pull "Bart Simpson" style prank on school board in brilliant viral clip
Next Page