WATCH: Jimmy Carr, Aisling Bea and loads of other Irish comedians have a special message for you ahead of the referendum

"I never really believed that Irish women could be trusted with their bodies, because I remember how crazy we went for line dancing in the 90s."

In case you were unaware, there's a fairly massive referendum this Friday... 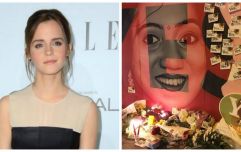 END_OF_DOCUMENT_TOKEN_TO_BE_REPLACED

With just a few days until voting stations open to the public, campaigners are now doing their utmost to sway those who could potentially still be on the fence. 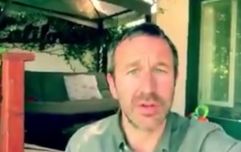 WATCH: Chris O'Dowd has a message for the people of Roscommon ahead of the Eighth Amendment vote

END_OF_DOCUMENT_TOKEN_TO_BE_REPLACED

Highlights of the video include Jimmy Carr stating that his mother was actually the last Irish woman that he was inside, and Aisling Bea informing us that "when you vote you get that same mad buzz you do out of a good confession, but without the added shame."

popular
One of the best movies of the decade has just been added to Netflix
20 years ago, one of the best sci-fi movies of the 21st century was a box-office bomb
Surprise frontrunner emerges as potential next James Bond as producers 'love him'
U2 drummer Larry Mullen Jr. says band may perform without him in 2023
Katherine Ryan says famous TV star is a ‘predator’ and everyone in industry knows
Olly Murs slammed over 'misogynistic' lyrics on 'shocking' new single
One of the scariest films of all time is among the movies on TV tonight
You may also like
2 years ago
6,666 abortions were carried out in Ireland last year
2 years ago
Green Party deny report that Save the Eighth campaigner is their prospective choice for Attorney General
3 years ago
Longford GP office vandalised with graphic anti-abortion graffiti
3 years ago
Abortion to be legal in Ireland from 1 January after Seanad passes legislation
4 years ago
The Eighth Amendment has officially been removed from the Irish constitution
4 years ago
After Eight had the perfect response to the lady giving out their chocolates at yesterday's repeal crowd
Next Page