Revolut warns customers about changes coming to the app

All because of Brexit.

The banking app, Revolut, has emailed customers to let them know some changes may come to the app in the coming months.

The email, that was sent out this morning, is asking you to upload new ID documents in the case of a hard Brexit. 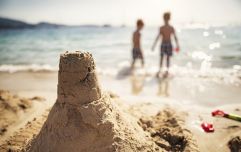 It's not just a phrase: This app is actually a lifesaver

END_OF_DOCUMENT_TOKEN_TO_BE_REPLACED

"We know this is a pain," the email began with, as it asked its customers to take a selfie or whip out their passports.

It continued: "Right now, all of our customers in Europe are tied to our UK Electronic Money License, which we have passported across the European Economic Area."

"If a no deal outcome were to happen, we would no longer be able to passport this licence across Europe."

The firm was initially set up with the idea that money should be boarder-less, however it now fears that there may be blockages from trading in the case of the Brexit outcome.

For more information, visit here, or if you're on the app, check your emails.

The Big Reviewski || JOE · The Big Reviewski with Ray Liotta, Goodfellas facts & Tom Hanks making us cry
popular
Netflix has just added arguably the very worst movie of the last decade
The 50 most iconic songs of all time* have been revealed
PICS: The man with the biggest penis in the world has one unbelievable problem with it
EU lorry drivers vow not to help UK get “out of the s**t they created themselves”
Four major employers join forces to create Ireland’s first remote working alliance
Here’s what graduates from Irish colleges can expect to earn in the workplace
An Oscar-worthy Margot Robbie performance is among the movies on TV tonight
You may also like
1 year ago
WhatsApp to introduce "self-destructing messages" in 2020
2 years ago
FBI requested to investigate FaceApp over fears of data ownership
2 years ago
A new version of the most addictive video games of all time has been released for free
3 years ago
A new app makes it almost impossible for someone to ignore you
4 years ago
An app that will save lives on Irish roads and reward safe drivers has been launched
4 years ago
This app is going to be your new best friend on your next pub crawl
Next Page