It was meant to be the solution...

The M17 opened to the public on 27 September and its official unveiling came with a hint of sadness as The Saw Doctors had to re-write some of the lyrics to one of their most famous songs.

The motorway will hopefully not just end in Gort and Tuam either as Leo Varadkar promised on the same day that another new motorway will open in Ireland "in due course." 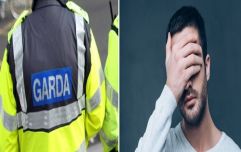 END_OF_DOCUMENT_TOKEN_TO_BE_REPLACED

The M17 promised to bring an end to the horrendous traffic in Clarinbridge and Claregalway but it seems as though the introduction of the motorway will just see cars becoming congested in other eastern parts of Galway city instead.

Areas in Galway east include Aughrim, Athenry, Kiltullagh and Loughrea and one Galway councillor has warned that traffic gridlock will take place as a result of incoming traffic.

Speaking to the Galway City Tribune, Cllr Michael Crowe stated that he "would be fearful that with the opening this week of the new Tuam to Gort motorway, the situation with traffic on the east side of the city will get worse over the coming weeks."

Crowe also said that a Traffic Control Unit was needed from Monday to Saturday in order for "remedial measures to be put in place." 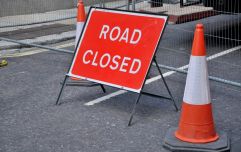 END_OF_DOCUMENT_TOKEN_TO_BE_REPLACED

The new motorway will avoid that dreaded length of road between Claregalway and Clarinbridge and instead will bring motorists on a straight journey between Tuam and Gort.

This comes after news that traffic volumes on main roads into our major towns and cities have risen by more than 10% in some areas in just one year.

The Gort-Tuam motorway cost around €550 million to build and is expected to carry less motorist than that of the M9 to Waterford and the M3 through Co Meath – both of which carry 20,000 vehicles per day.

popular
Netflix has just quietly added 30 big movies to its library
Welder awarded €15,000 for unfair dismissal despite admitting to drinking alcohol before work
One woman dead and four injured after separate crashes in Clare and Mayo
10 years ago today, the scariest movie ever made (according to science) was released
Amazon Prime Video has just added 37 big movies to its library
Netflix reveals full line-up of new shows and movies arriving in October
Man in his 40s dies following assault at funeral in Kerry
You may also like
6 days ago
Fianna Fáil councillor issues apology over comments about Travellers
1 week ago
Hydro biking, hot tub cruises and 4 more exciting activities to try out in Ireland's Hidden Heartlands
1 month ago
Nearly €400k worth of cannabis seized in Galway
2 months ago
36 vacant properties nationwide to be re-developed into community hubs
3 months ago
Taoiseach condemns "disturbing" fight at Galway v Armagh game
3 months ago
Drogheda and Galway inner city named as worst places in Ireland for litter
Next Page