Bad news for Irish motorists regarding the price of fuel

Not what we want to hear on a Bank Holiday.

The price of fuel has gone up and the majority of motorists find themselves spending up to €125 on petrol or diesel per month according to a new survey by AA Car Insurance.

Over 5,000 motorists were surveyed and over half said that their typical monthly fuel spend was up to €125 and around 10% of motorists spend a staggering €250 on fuel costs per month. 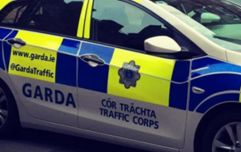 Gardaí stop driver with over 36 years of driving bans

END_OF_DOCUMENT_TOKEN_TO_BE_REPLACED

The price of fuel has gone up in the past three months, a litre of petrol currently costs 134.9c, while diesel costs on average 123.4c per litre.

The survey also found that almost half of motorists drive less than 500km in an average month.

“Fuel costs, along with insurance prices, is one of the biggest issues faced by motorists in recent years and unfortunately neither of these issues were addressed in the recent budget,” Conor Faughnan, AA Director of Consumer Affairs stated.

“Whenever we see fuel prices rise the person who takes the brunt of the blame tends to me the shop-owner, but in reality over 60% of what motorists pay at the pump is made up of government taxes including so called ‘emergency taxes’ introduced during the recession.

"Instead of making the long overdue decision to at least partially remove these emergency era taxes government retained the status-quo and, as a result, little has been done to help ease the cost of commuting to work for those who rely on a car.”

Is electric the way forward?

Well, earlier this year an AA survey found that while 30% of motorists were considering opting for an electric vehicle when they next change their car, 54.28% of those who stated they were unlikely to purchase an electric vehicle identified a lack of charging facilities as their main concern.

popular
Everything you can do from tomorrow as biggest easing of restrictions in months to take place
RSA confirm online theory tests to come into effect later this month
The JOE Movie Quiz: Week 101
QUIZ: Can you identify the EU country of origin from these €1 coins?
The JOE Music Quiz: Week 56
QUIZ: Can you identify which of these countries have the colour blue in their flag?
QUIZ: Can you list the 32 counties of Ireland in order of population size from largest to smallest?
You may also like
10 months ago
Gardaí stop learner driver going bonkers speed in Tipperary
11 months ago
Gardaí announce major roads operation targeting four 'lifesaver' offences over Bank Holiday weekend
1 year ago
UK-registered vehicles will need a GB sticker when driving in Republic Of Ireland after Brexit
1 year ago
Man arrested on suspicion of drink-driving with infant unrestrained in front seat
1 year ago
PIC: Driver stopped going over twice the speed limit in Longford
1 year ago
PIC: Learner driver gets stuck on "sheep highway" in Kerry
Next Page