Ireland has voted for their favourite scary movie of all time

We asked. You answered.

Given the month (and the day), we figured we'd try to find out what was Ireland's favourite scary movie, leaving it entirely up to you, the lovely readers, to tell us what is the best scary movie of all time.

We put it to the JOE team to come up with the 32 best scary movies of all time (there were some broken friendships, and some broken bones, by the end of that debate), and these were the films that made the final cut:

END_OF_DOCUMENT_TOKEN_TO_BE_REPLACED

We pitched them all together in a World Cup-style play-off, whittling down from 32 to 16, and then to 8.

The final eight were Halloween, Psycho, Jaws, The Exorcist, Scream, The Conjuring, Silence Of The Lambs, and The Shining.

Then those eight became four, and finally... just the two.

Over the course of the week of polls, there were thousands upon thousands of votes, along with commentary of what was left off the long list, and shock at what was winning in some of the polls ("The Ring beat Alien?!"), until we got to the final:

The Exorcist versus The Shining. 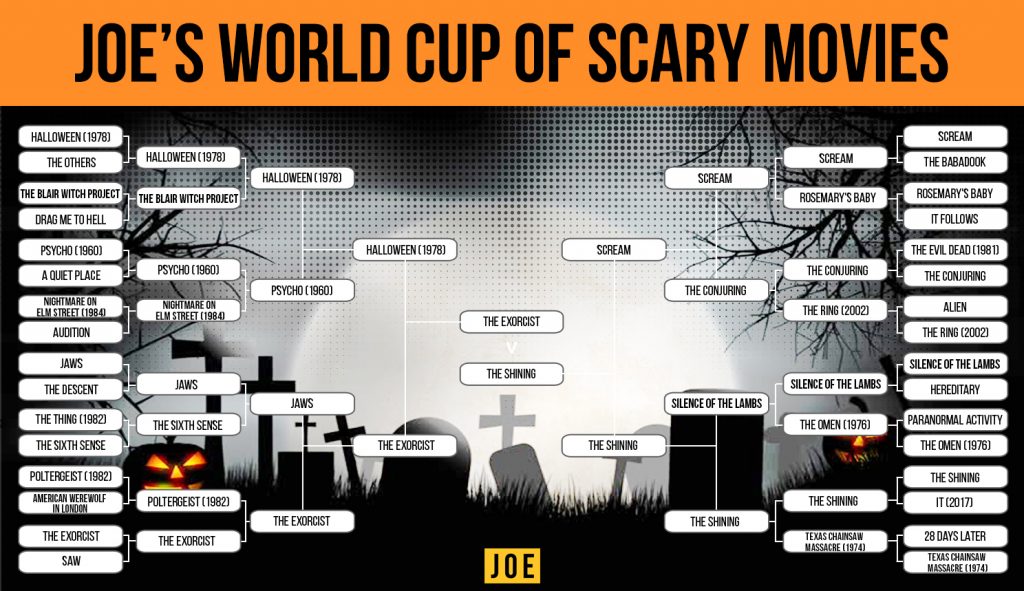 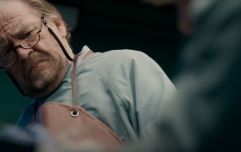 A terrifying horror film is among the movies on TV tonight

END_OF_DOCUMENT_TOKEN_TO_BE_REPLACED

Will the upcoming sequel be able to hold an snowy axe candle to the original? We doubt it, but you never know, we could be doing this poll again in a few years and it could end up on top!