"Murderer! It is time to get the FUCK out of my house!" 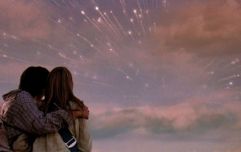 END_OF_DOCUMENT_TOKEN_TO_BE_REPLACED

If you've been reading JOE at all in the last few months, then you already know how infatuated we became with mother! in the days and weeks following the release. We tried to warn viewers that there was a 50/50 chance that they would equally love or hate it, and we also tried to breakdown what the plot of the movie actually meant, as a debate still rages on as to what the entire thing is supposed to stand for.

We're not going to go through all of that again, because to repeat those points about mother! would simply be a waste of time. Instead, we're going to try to psychologically prepare those who haven't seen the movie yet, and to maybe give an explanation of why we loved it to those who hated it. 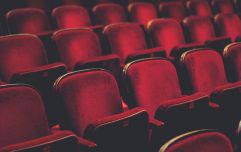 END_OF_DOCUMENT_TOKEN_TO_BE_REPLACED

In order for mother! to work for you, you have to give yourself over to it entirely.

You can't sit back and ask why Jennifer Lawrence's character isn't just forcing Ed Harris and Michelle Pfeiffer out of her home the second they become rude houseguests.

She isn't doing that because mother! isn't abiding by normal rules of human decency. This film is a horror film in the most psychologically daring of ways - by following nightmare logic. 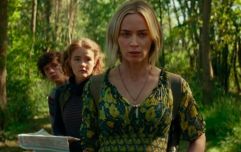 END_OF_DOCUMENT_TOKEN_TO_BE_REPLACED

People do terrible things, the worst things imaginable, and the protagonists can't and are not reacting appropriately, because they are trapped in a version of reality that doesn't allow for proper reactions. Instead, we forced to watch are characters are repeatedly forced into nightmare-ish situations, and every inch of our bodies wants them to get up and RUN out of the house, because that is exactly what we want to do - mother! has made you feel so psychologically attacked and uncomfortable that you will want to get up and run out of the screen, or run for the remote to turn it off.

The only reason mother! isn't the #01 movie of 2017 is because we can't ever think of a time when we'll say to ourselves "You know what I'd really enjoy watching right now? mother!, because I really feel like traumatising myself for the next two hours."

Advertisement
House of Rugby Ireland · Quinn Roux on finding a home in Ireland and Mike McCarthy brings the absolute HEAT!
popular
5 upcoming movies about the end of the world
Joe Exotic has limo waiting as he expects presidential pardon from Donald Trump
Met Éireann issues weather advisory ahead of "increasingly wintry" weather this week
Pardonpalooza: Donald Trump planning 100 pardons on last day of presidency
WHO warns of 'catastrophic moral failure' with regards to Covid vaccine
QUIZ: Name all the countries of the EU that contain 2 vowels or less
Irish punters could turn €0.98 into hundreds of millions* with a bet on the Super Jackpot
You may also like
7 months ago
Omniplex are now delivering cinema popcorn to your door
11 months ago
QUIZ: Can you name the movie based on the famous song on the soundtrack?
11 months ago
Future of Tipperary cinema and jobs secured due to Omniplex acquisition
1 year ago
Study shows going to the cinema is the equivalent of a 'light' workout
1 year ago
These were the 10 biggest box office flops of the 2010s
1 year ago
The Big Reviewski Ep 48 with Jumanji, Black Widow and the best of Danny DeVito
Next Page