'Fairytale of New York' is, perhaps, the best Christmas song of all time.

Of course, it's impossible to scientifically demonstrate whether one song is better than any other. But what we do know is that 'Fairytale of New York' is one of the most beloved Christmas songs, with character and depth that puts it on a different level to songs about wishing it could be Christmas every day.

The song's meaning is doubtlessly deepened by the tragic fate of Kirsty MacColl. Indeed, it's practically a rule now that when the song comes on, someone must remind the room that Kirsty MacColl was killed by a speedboat while swimming with her children.

END_OF_DOCUMENT_TOKEN_TO_BE_REPLACED

Then there's her duet partner, Shane MacGowan, a legend of Irish music whose life has been blighted by an addiction to drugs and alcohol, much like the protagonists of his best-known song.

Gritty, hopeless lyrics matched with its soaring strings and iconic feadóg stán refrain. The way it taps into the immigrant story almost universal to Irish people, tales of drunkenness, gambling, of love lost and dreams dashed against a background of the Irish trad that speaks directly to the Irish soul.

I don't know if 'Fairytale of New York' is the best Christmas song of all time, but "I could have been someone"/ "Well so could anyone" is certainly the sickest Christmas burn of all time.

All told, Fairytale makes a good case for itself. That is precisely why this week's Late Late Show will pay tribute to it — featuring a performance from MacGowan and friends, family and other musicians.

END_OF_DOCUMENT_TOKEN_TO_BE_REPLACED

But there's a problem.

Despite all the reasons to love the song, there can be no dispute that the world has long-outgrown words of hatred directed at vulnerable groups like the LGBTQ community.

If a modern pop star were to release a song featuring the word "f**got", they would very likely be cancelled (that's ostracised, for our older readers). The word certainly would not be broadcast uncensored on radio stations and department store PA systems.

The primary concern raised by members of the LGBTQ community is that some people see the song as an opportunity to sink their teeth into using a word that has caused unforgivable damage to gay people over the years. A word that has certainly been spat out during attacks of hatred and violence against people like them. 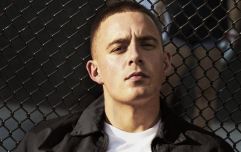 RTÉ to show Dermot Kennedy's gigs from Other Voices

END_OF_DOCUMENT_TOKEN_TO_BE_REPLACED

It is disturbing to think that people would gleefully use this slur in private and that those people are waiting for an opportunity to express their disrespect for a marginalised community. That is the fear that churns in queasy stomachs around the country ahead of Christmas parties, family sing-songs and even switching on the radio.

This is fear that we can't discount off-hand. We might like to tell ourselves that discrimination against LGBT people has been consigned to history, but we know it has not. Ireland, New York and the LGBT community certainly have history. An LGBT group was first allowed to walk in the city's St. Patrick's Day parade just three years ago.

Previously, the ban had been a source of very sour tensions and Mary McAleese had declined to take part as the parade's Grand Marshal in 2010. In 2014, Mayor Bill de Blasio became the first of his office to boycott the event over the ban. That alone should paint the rather clear picture that gay people face painful challenges even now. 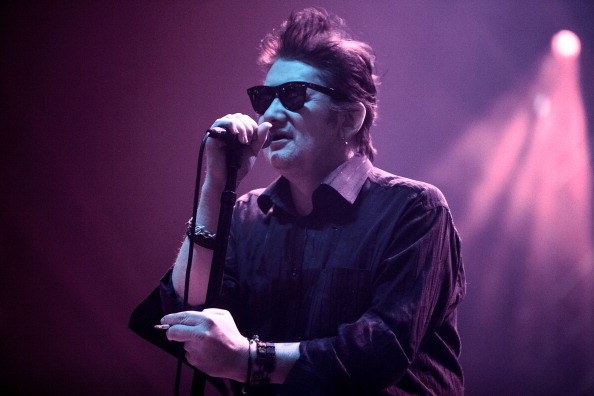 Indeed, there are thousands of gay Irish people who will remember the day homosexuality stopped being a crime under Irish law. 'Fairytale' predates that time by a full eight years.

Last year, amid concerns raised by their own DJs Eoghan McDermott and Stephen Byrne, RTÉ issued a public statement saying that they would be playing the song "without omissions".

A spokesperson for RTÉ has confirmed this policy remains in place, saying:

"Last year RTÉ stated that the song 'Fairytale of New York' will continue to be played on RTÉ Radio without omissions; that statement also applies to RTÉ television content and still stands."

When it comes to the recorded version, this means the song is uncensored. For a live performance, it seems to provide wiggle room for the word to be changed rather than omitted.

Several modifications have been contemplated through the years. "Haggard" was used by Ronan Keating in his cover, although I think we can all agree that it's kind of jarring and Dickensian. Another popular suggestion has been "You've taped over Taggart"... which actually fits the timeline of the song, as the show first aired in 1983.

But if we're in agreement that the word wasn't intended to be a homophobic slur, but simply a placeholder for any vicious insult, then it should be no trouble to change the song. My own suggestion would simply be "You're cheap and I've had it."

In the words of Red Hot Chili Peppers during their guest slot on The Simpsons, everyone can enjoy that.

This Friday's Late Late closely follows a revelatory episode of the Toy Show, which superbly handled the issue of bullying and yielded perhaps Ryan Tubridy's finest moment in his tenure as host.

It would be a shame to see the show take two steps back in order to preserve something that could be changed at no cost to the essence of the song.

No matter what RTÉ and the performers decide to do on Friday evening, we can assume there will be an explosive reaction, either from a group of people defending their own dignity, or people who think that a song written to bring joy to people can't change in the most minute way to include everyone.

The debate will almost certainly follow. I pray God it's our last.

popular
Simon Cowell concerns fans with appearance as they 'don't recognise him'
Miss Croatia wears revealing outfit at World Cup game despite Qatar's dress code
Orange is the New Black actor Brad William Henke dead aged 56
Netflix has just added 30 big movies to its library
18 very affordable gifts for your aul' fella or brother this Christmas
Junior doctor 'fell asleep' at the wheel after 12-hour shift then mowed down two women and two kids
Kanye West says 'I love Hitler' on Alex Jones' show and explains why
You may also like
23 hours ago
Netflix has just added 30 big movies to its library
1 day ago
The best sci-fi horror movie of all time is among the movies on TV tonight
2 days ago
Scarlett Johansson's first TV role has a very odd connection to... Scarlett Johansson
3 days ago
Prime Video reveals its line-up of new shows and movies arriving in December
3 days ago
One of the best movies of the decade has just been added to Netflix
4 days ago
Prime Video has just added 26 very big movies to its library
Next Page