Elton John is to headline the Glastonbury Festival next summer, playing what will be the last ever UK date of his farewell tour. The BBC reported that the singer will top the bill on the Pyramid Stage on Sunday, 25 June.

In a statement announcing the show, Sir Elton said: "There is no more fitting way to say goodbye to my British fans. "I can't wait to embrace the spirit of the greatest festival in the world. It's going to be incredibly emotional." 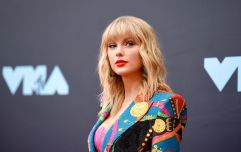 END_OF_DOCUMENT_TOKEN_TO_BE_REPLACED

Festival organiser Emily Eavis confirmed the news on Friday, saying: "It gives me enormous pleasure to let you know that the one and only Elton John will be making his first ever Glastonbury appearance, headlining the Pyramid Stage on the Sunday night next year.

"This will be the final UK show of Elton's last-ever tour, so we will be closing the Festival and marking this huge moment in both of our histories with the mother of all send-offs."

Sir Elton added that he "couldn't be more excited" to play at Worthy Farm.

"Every week I speak to new artists on my radio show and Glastonbury is often cited as a pivotal moment in launching their careers," he said. " 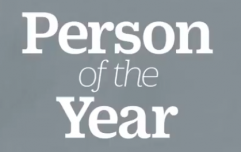 TIME Magazine has revealed its Person of the Year

END_OF_DOCUMENT_TOKEN_TO_BE_REPLACED

The festival's genuine, enthusiastic support for the best emerging talent is something I've long admired."

It was originally due to wrap up in 2021, but multiple dates had to be rescheduled due to both the pandemic and a hip injury.

Sir Elton recently wrapped up the US leg of the tour with a three-night stand at LA's Dodger Stadium.

The Glasto gig will come at the end of the UK leg of Sir Elton's farewell tour, which kicks off in Liverpool next March.

After Glastonbury, he only has seven dates left to play in Europe before he retires from touring.

popular
5 years ago, Hollywood took a massive gamble on a huge sequel... and lost big time
Netflix has just added 12 very big movies to their library
One of the most underrated crime thrillers of recent years is among the movies on TV tonight
Netflix backtracks on anti-password sharing measures following user outcry
Tom Hardy set to play Hannibal Lecter-type serial killer in new series
The 50 most iconic songs of all time* have been revealed
Spielberg's best movie is among the movies on TV tonight
You may also like
6 days ago
Taylor Swift casts transgender man as her love interest in latest music video
3 months ago
Here's the line-up for tonight's episode of The Graham Norton Show
3 months ago
Taylor Swift removes 'fat' scale from 'Anti-Hero' music video after backlash
4 months ago
One of cinema's greatest flops is among the movies on TV tonight
4 months ago
The JOE Music Quiz: Week 121
8 months ago
The JOE Music Quiz: Week 105
Next Page