Cormac Ryan had been missing from Cork city since Sunday, 9 February.

Gardaí have stood down the search for missing Cork man Cormac Ryan after his body was located on Thursday 13 February. 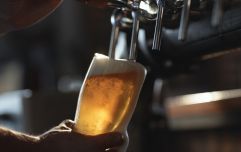 END_OF_DOCUMENT_TOKEN_TO_BE_REPLACED

Gardaí at Anglesea Street in Cork are appealing to the public for assistance in tracing the whereabouts of Cormac Ryan (31), who has been missing from Cork city since Sunday (9 February).

Cormac is described as being approximately 5 foot 11 inches in height with a stocky build, brown hair and brown eyes.

Cormac was last seen around the Douglas Street/Rutland Street area of Cork city at approximately 11.20pm on Sunday.

Gardaí and Cormac's family are concerned for his welfare.