The G7 deal has been struck with the aim of cracking down on major companies paying low levels of tax.

After years of discussion, finance ministers from wealthy G7 nations have agreed to a global base rate of corporation tax on large firms of at least 15%.

END_OF_DOCUMENT_TOKEN_TO_BE_REPLACED

This is with the goal of cracking down on major companies paying low levels of tax.

Speaking about the agreement, UK Chancellor of the Exchequer Rishi Sunak said: "I'm delighted to announce that G7 finance ministers today after years of discussions have reached a historic agreement to reform the global system to make it fit for the global digital age and crucially to make sure that it's fair so that the right companies pay the right tax in the right places.

"This is a very proud moment and I want to thank my G7 finance minister colleagues for their collective leadership and for their willingness to work together to seize this moment to strike a deal of historic significance that finally brings our global tax system into the 21st century."

? At the @G7 in London today, my finance counterparts and I have come to a historic agreement on global tax reform requiring the largest multinational tech giants to pay their fair share of tax in the UK.

?The thread below explains exactly what this means. #G7UK pic.twitter.com/HdcK1HuM91 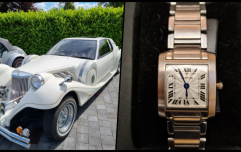 END_OF_DOCUMENT_TOKEN_TO_BE_REPLACED

Donohoe attended the G7 meeting in London as President of the Eurogroup and told RTÉ that Ireland "could lose up to a fifth" of its overall corporate tax revenue if the agreement is implemented, which would be around €2.2 billion.

However, the Minister also said that the country's "potential loss of revenue" was already built into the government's "medium-term budgetary calculations". 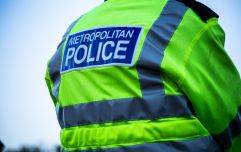 END_OF_DOCUMENT_TOKEN_TO_BE_REPLACED

The Minister also said on Twitter: "I note the joint position by G7 finance ministers on international corporate taxation. It is in everyone’s interest to achieve a sustainable, ambitious and equitable agreement on the international tax architecture."

I note the joint position by #G7 finance ministers on international corporate taxation. It is in everyone’s interest to achieve a sustainable, ambitious and equitable agreement on the international tax architecture. (1/2)

The G7 proposal must be now approved by the Organisation for Economic Co-operation and Development (OECD) before being implemented.

popular
007 producers provide new update on Bond 26
Travis Barker rushed to hospital after tweeting "God save me"
Calls for €20 social welfare increase and minimum wage of €13 in new Budget
Irish man dies following hit-and-run in London
The 100 best clubs in the world have been revealed
Amazon Prime Video has just quietly added 15 big movies to its library
Flavoured vaping products could soon be banned in EU
You may also like
7 hours ago
Youth stabbed during early morning assault in Waterford
8 hours ago
Romance fraud warning issued after over €100,000 credited to Irish bank account
22 hours ago
New €360 million plan announced to tackle gender-based violence in Ireland
1 day ago
Defence Forces to be used at Dublin Airport only in event of Covid outbreak
1 day ago
Defence Forces to be put on standby to provide support at Dublin Airport
1 day ago
Man arrested in connection with 1981 murder of Nora Sheehan
Next Page