Leo Varadkar says if Ireland introduced mandatory hotel quarantine, it would have to do so for a year

Passengers arriving into Ireland without a negative PCR test in the 72 hours before arrival will have to stay in quarantine hotels for at least five days, under new plans expected to be approved by Cabinet today.

It's understood that these passengers arriving will be required to pay to stay in the supervised hotels for between five and 14 days, depending on whether they then get a Covid-19 test in Ireland and if it comes back negative.

END_OF_DOCUMENT_TOKEN_TO_BE_REPLACED

Public support for a 'Zero Covid' strategy has grown in recent weeks and speaking on Claire Byrne Live on Monday night, Tánaiste Leo Varadkar said it is something the government is looking at, but if introduced, it would likely remain in place for a year and would not be effective without an all-island approach.

"I think there are three things people really need to know about it which maybe doesn't come across in some of the debates," Varadkar said.

"First of all, for us to do it on our own as the Republic of Ireland, it would not be fully effective because of the border and it's not people flying into Belfast and coming down to Dublin; it's somebody flying into Belfast, going to their home in Newry, infecting two people there, one of whom is a cross-border worker.

"So it would be bit like soup in a sieve, it would slow things down but it wouldn't be fully effective and the other thing, and we need to be frank with people about this, if we did it, it would probably be for a year."

The Tánaiste Leo Varadkar says if the Government introduced mandatory quarantining, it would probably be for a year. Summer holidays and seeing relatives next Christmas "would be off the agenda" #cblive #ZeroCovid #Covid19 pic.twitter.com/N0J9gOAG5f 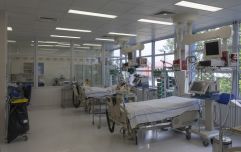 END_OF_DOCUMENT_TOKEN_TO_BE_REPLACED

He said if mandatory quarantining was introduced for all incoming passengers, it would mean people would not see family living away this Christmas or allow people to take a summer holiday in August.

"I think once you do a very dramatic public health measure like that it's hard to reverse and I think we probably wouldn't reverse it until everyone was vaccinated and then we'd be heading into the winter," Varadkar said.

He added: "People going to London for an interview, people who are travelling for education, people who want to see a dying relative of a funeral, we wouldn't be able to guarantee that that travel will be possible.

"I'm not saying we're not going to do it, I am saying we are looking at it by starting down the road of managing hotel quarantine, we're going to learn a lot from it, but I am saying that people need to understand that it would not be fully effective and would have all those other effects as well."