Taoiseach Leo Varadkar has decided not to remove the party whip from Fine Gael TD Maria Bailey following her involvement in the "swing-gate" controversy.

Bailey filed and then withdrew a claim against the Dean Hotel after falling off the signature swings outside Sophie's Bar. It later emerged that Bailey had run a 10km just weeks after the fall despite claims the injuries left her unable to do so.

END_OF_DOCUMENT_TOKEN_TO_BE_REPLACED

In an interview with Sean O'Rourke, Bailey also declined to answer whether or not she had been holding items in both hands when she fell off the swing.

An internal Fine Gael inquiry has concluded that Bailey "over-stated the impact of her injuries on her running."

On Tuesday evening, the Taoiseach announced that Bailey would consequently lose her position as the chairperson of the Joint Oireachtas Committee on Housing.

However, she has been allowed to remain in the party.

In a statement, Varadkar said:

"It is clear to me that Deputy Bailey made numerous errors of judgment in her handling of this matter from the outset, during and after she had withdrawn the case.

"Her approach jars with a government taking action to reduce personal injury payments, claims and insurance costs to people and businesses." 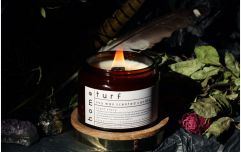 END_OF_DOCUMENT_TOKEN_TO_BE_REPLACED

Varadkar referenced the mitigating circumstances which spared Bailey expulsion from the party, saying he was "conscious of the devastating effect this saga has had on Deputy Bailey and her family in particular.

"She has endured significant negative publicity, public criticism and is now personally liable for significant legal and medical costs."

Bailey's father John, who served as a local councillor for Fine Gael, passed away last week.