Microsoft to create 200 jobs in Dublin

Good news for anyone on the job hunt.

Microsoft has announced that it will be bringing a further 200 jobs to Dublin.

The new employees will work for Mircosoft's EMEA Digital Sales team in Leopardstown, though the company's Irish workers are currently working from home. 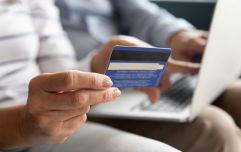 END_OF_DOCUMENT_TOKEN_TO_BE_REPLACED

Microsoft is particularly looking for people who are fluent in languages, including English, French, German, Dutch, Swedish, Norwegian, Italian and Spanish.

This is a programme that will allow 25 recruits from a variety of backgrounds, who have little or no digital skills, taken on to learn how to develop a digital sales career.

At the end of this academy programme, each of the trainees will get a job as a Digital Sales Representative for the company.

Speaking at the announcement on Tuesday, Taoiseach Micheál Martin said that it is a "strong vote of confidence in Ireland" as a destination for investment, and in the talent of the country's workforce.

If you are looking to apply for one of these jobs, or are interested in finding out more information, you can do so here.

popular
The 50 most iconic songs of all time* have been revealed
The JOE Movie Quiz: Week 97
Thunder Force review: somebody needs to stop letting Melissa McCarthy's husband make movies
PICS: The man with the biggest penis in the world has one unbelievable problem with it
The JOE Friday Pub Quiz: Week 238
The Falcon and the Winter Soldier is on the precipice of dealing with an incredibly sensitive topic
People think they've figured out the ranking of the viewers on your Instagram Stories
You may also like
2 days ago
Irish mobile network GoMo launches new €14.99 per month "for life" offer
5 days ago
Here's how to check if you are part of the Facebook data leak
2 weeks ago
Google advises how to fix issue affecting Android phones this week
2 weeks ago
Donald Trump is reportedly creating his own social media platform
3 weeks ago
Instagram bans adults from messaging users who are under 18
3 weeks ago
Irish-American company Stripe to create 1,000 jobs in Ireland
Next Page