Signing in the water charges, the 'one-term' promise, and his personal finances were all discussed.

President Michael D. Higgins was a guest on Today with Sean O'Rourke on RTÉ Radio 1 on Friday and during the interview, he was given an opportunity to respond to Peter Casey's latest statement about his own campaign.

The Dragons' Den panelist said that he will take the weekend off to decide whether or not to continue in the presidential race following his comments on the travelling community.

END_OF_DOCUMENT_TOKEN_TO_BE_REPLACED

Reacting to Casey's statement, President Higgins said that he thought it was good to reflect on what had happened.

"Reflection is very good and I do wish him well. He knows very well my reaction to the remarks he made about the travelling community, I regard it as appalling," he said.

President Higgins added: "It is good to reflect on it and I'd like to think that this was an aberration perhaps. Let me put it more strongly now, it would be very cynical to take one of the most vulnerable communities and use them as an opportunity to kick up your ratings in the polls."

As seen in the previous two televised debates, it's very difficult for presidential candidates to provide a lengthy answer to any question.

On his own on Today with Sean O'Rourke on Friday, President Higgins was more than happy to answer some of the more pressing questions that people might have about his presidency.

Here are his views on: 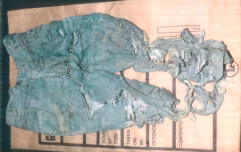 END_OF_DOCUMENT_TOKEN_TO_BE_REPLACED

"First of all, that allowance came in in 1938. It was to enable President Douglas Hyde to take independent action without the permission of the Government. The exact same is true in relation to 1998 - Mary Robinson too had started hosting garden parties and inviting minorities to Aras an Uachtaráin - then it was expanded. It was to allow the incumbent of the office to have some independence in putting the stamp on their presidency."

The perceived 'secrecy' surrounding these figures

"I'm thinking of proposing/appointing an independent audit committee that will look at what that €317,000 is being used for. And will do a continuous audit, three or four times a year."

President Higgins also said that he supports more transparency around the activities and spending of the office of the President. He added that it would be a very good idea to bring out an annual report on all the engagements, visits and spending in the office.

He also acknowledged the fact that the auditing committee that are supposed to be currently auditing accounts in the Áras haven't met for four years.

END_OF_DOCUMENT_TOKEN_TO_BE_REPLACED

"This is the point, that would have been to abuse the constitutional position of the President. What I did say, and it remains my position, is that if legislation comes before me that can fit under Article 13.8 - I am happy to sign it. What I will not do is facilitate a fudge in which the independence of the President - whoever they may be - is in a lesser position than when I leave, than when I was there."

"I have a modus operandi where I don't interfere with legislative proposal. What I'm perfectly entitled to do, is if the public directly elect a President and people are asking 'if we're to go forward, should we make out choice for deeper and better services, or should we ask for tax cuts?' If that is in the mind of the public and it isn't before the Oireachtas, I see it as my duty to be able to address as President, issues of the past that are being avoided and issues above all else, about how we are to make a future together."

His decision to not address the Oireachtas

President Higgins said that he did not do this during his term in office because the text of his speech would have to be pre-approved by the government.

Due to the impact that the Troika had in Irish society and the difficulties in the country, President Higgins said he chose to speak directly in the European Parliament because  'he could make the best contribution' to Irish society.

His decision to run for a second turn.

On this topic, he said: "I changed my mind... I had sectors and groups saying to me they were very happy with the way I was running the presidency. I'm responding to a request to stand and I am very very happy to do so."

You can listen to President Higgins' interview on Today with Sean O'Rourke on RTÉ Radio 1 below.

popular
Amazon Prime Video has quietly added 10 big new movies to its library
The new restrictions likely to be introduced as NPHET meets with Govt
Yet another new Wetherspoons is set to open in Dublin city centre
8 great new additions to Amazon Prime Video in December
House of Gucci has the best sex scene from a big Hollywood movie in years
Clint Eastwood's final western is among the movies on TV tonight
The 50 most iconic songs of all time* have been revealed
You may also like
1 month ago
"It’s obvious these guidelines were issued by Government without any meaningful consultation with the hospitality sector."
1 month ago
Over 300 vehicles detected speeding in first 10 hours of national 'Slow Down' operation
1 month ago
CONFIRMED: Nightclubs to open at 100% capacity, 11.30pm curfew has been removed
1 month ago
Expect an unseasonably warm Halloween as temperatures to reach 17 degrees next week
2 months ago
Gardaí appealing for witnesses following hit and run in Kildare
3 months ago
People warned to avoid Kabul Airport amid "very high threat" of terror attack
Next Page