Proud Boys leader has past of working undercover for law enforcement

Since 2012, he has worked undercover for authorities.

The leader of the far-right group Proud Boys has a past of working undercover for both federal and local law enforcement after being arrested in 2012, according to a former prosecutor and transcripts from a 2014 hearing obtained by Reuters.

Reuters report that the transcript shows that Enrique Tarrio's lawyer and an FBI agent described his undercover work in detail, saying he helped the authorities make "more than a dozen" arrests related to drugs, gambling and human smuggling. 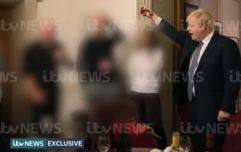 END_OF_DOCUMENT_TOKEN_TO_BE_REPLACED

Tarrio denies working undercover for law enforcement, telling Reuters: "I don't recall any of this."

However, the former federal prosecutor in Tarrio’s case, Vanessa Singh Johannes, said that "he cooperated with local and federal law enforcement, to aid in the prosecution of those running other, separate criminal enterprises, ranging from running marijuana grow houses in Miami to operating pharmaceutical fraud schemes."

Proud Boys have been vocal supporters of Donald Trump, and led the violent attack on the US Capitol building earlier this month.

Tarrio, 36, is a high-profile figure within the organisation. He was not, however, involved in the insurrection on January 6th, having been arrested on arrival in Washington DC two days before the riot. 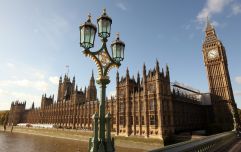 END_OF_DOCUMENT_TOKEN_TO_BE_REPLACED

He was charged with possessing two high-capacity rifle magazines, and burning a Black Lives Matter banner during a December demonstration held by Trump supporters.

He was then ordered to leave the city pending a court date in June.

Tarrio's past working undercover was discussed at the hearing in 2014 as his lawyer tried to get his sentence reduced after he pleaded guilty in a fraud case. His lawyer at the time Jeffrey Feiler said Tarrio had been a "prolific cooperator", helping to uncover three marijuana grow houses.

The sentence was reduced from 30 months to 16 months, Tarrio acknowledged to Reuters, but he disputed the reasons why. He claims it was reduced because he helped "clear up" questions about that case, denying his involvement in any other investigations. 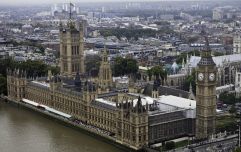 END_OF_DOCUMENT_TOKEN_TO_BE_REPLACED

Tarrio was labelled a "key component" in local drug investigations by an FBI agent in Miami.

Former prosecutor Johannes has said she is surprised by Tarrio's involvement in Proud Boys.

popular
"Hateful" and "transphobic" - Ricky Gervais criticised over jokes in new Netflix comedy special
Varadkar: "There are two things we have to do... one is to bring wages up"
Galway named one of the top 10 best European cities to raise a family
Bruce Springsteen announces two nights in RDS in 2023
Irish employment law experts warn employers must find ways for staff to take entitled leave
BBC trainee accidentally posts message mocking Man United live on TV
Second doctor accused of sexually assaulting patients at hospital in Kildare
You may also like
4 weeks ago
Should the voting age in Ireland be lowered to 16?
4 weeks ago
Partygate report so damning Boris Johnson "will have to quit" (Report)
4 weeks ago
Pearse Doherty calls for general election in November due to Varadkar leak investigation
1 month ago
Boris Johnson issues apology after being fined over partygate - then immediately tries to back out of it
1 month ago
Varadkar accuses Sinn Féin of "strutting around Leinster House" waiting to lead the next government
1 month ago
Boris Johnson and Rishi Sunak to be fined over Downing Street parties
Next Page